The Lope: Buz Carpenter at the Cosmosphere Saturday

Buz Carpenter at the Cosmosphere Saturday 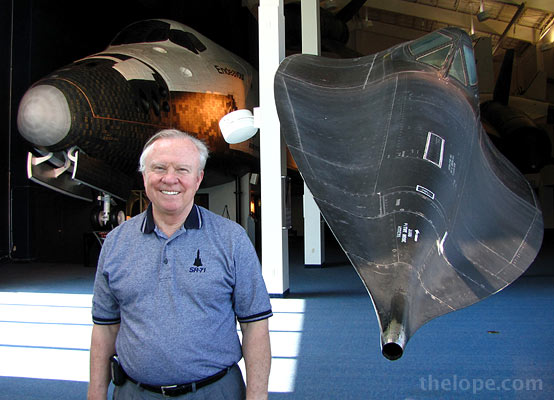 Former SR-71 pilot "Buz" Carpenter will make a return engagement at the Kansas Cosmosphere and Space Center in Hutchinson, Saturday, November 6. He will speak and answer questions during two appearances at 1 and 3 PM. The Cosmosphere displays one of the once-secret, uber-fast planes, seen on the right, above. Buz actually flew this particular one. (another photo) 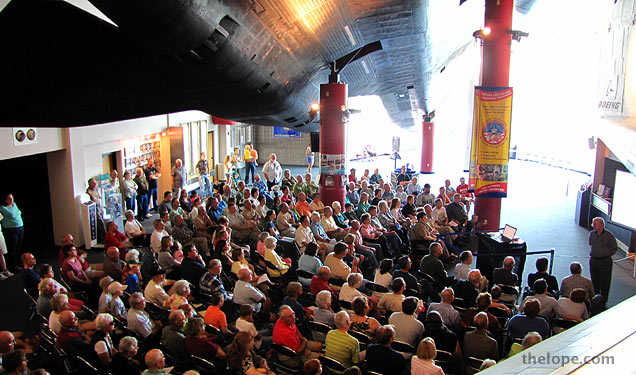 Last September 5 and 6, Buz spoke to an audience assembled in the lobby of the Cosmosphere under the wing of the SR-71. 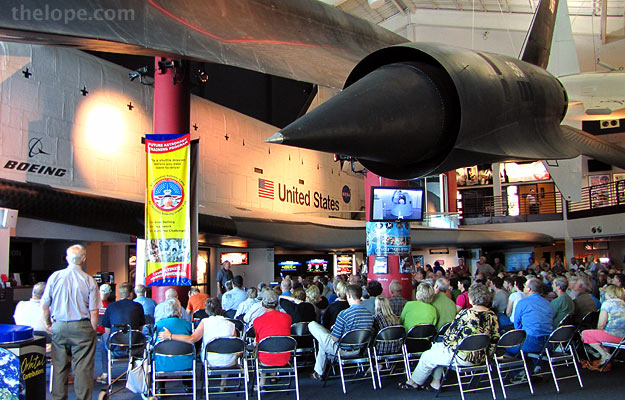 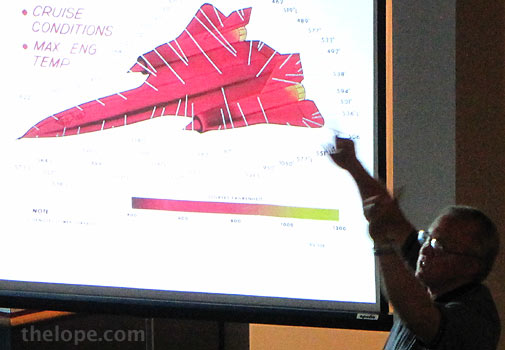 The SR-71 was remarkable for its early stealth technology and its top altitude of about 85,000 feet - 5,000 feet higher than needed to see the curvature of the Earth.

Its top speed was mach 3.3 - 26 miles per minute. Put in a local perspective, that's the distance from the intersection of 30th street and K-61 in Hutchinson to the center of McPherson in sixty seconds. Cool, huh? 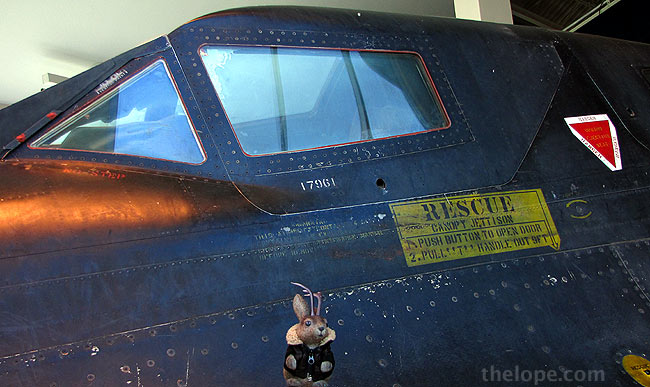 Ace poses by the 2.5 inch thick laminated quartz glass pilot window, which, in flight, could reach temperatures of 620F. 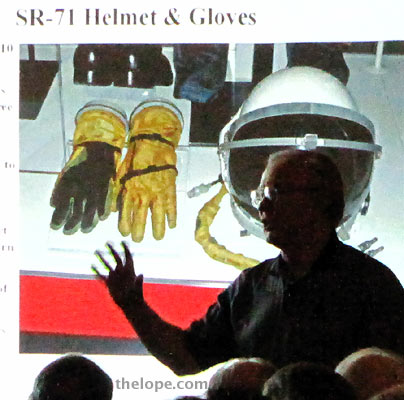 Buz points out some features of the SR-71 flight suit. High altitude flights were essential in the learning curve of the evolution of space suits. 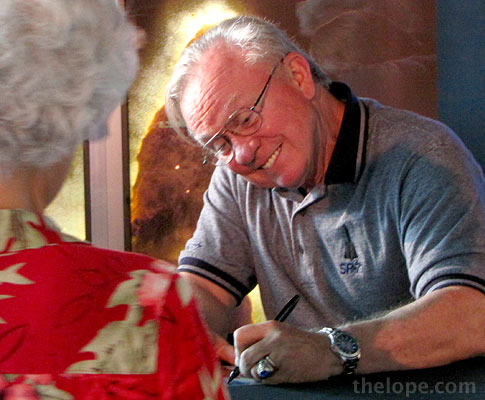 Buz's appearance is free to the public and he'll sign autographs afterward.

There is also an SR-71 at the Museum of Aviation in Warner Robins, Georgia. (Thanks to an anonymous reader for the clarification on the museum) 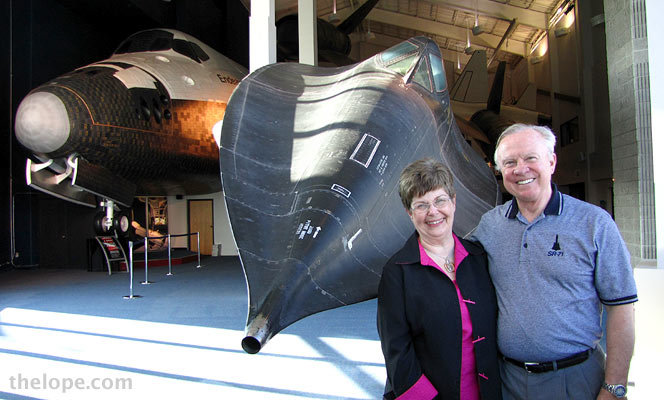 Buz poses at the Cosmosphere with his wife, Nancy.

posted by Ace Jackalope at 1:46 PM