The Lope: Fortified with Corpses 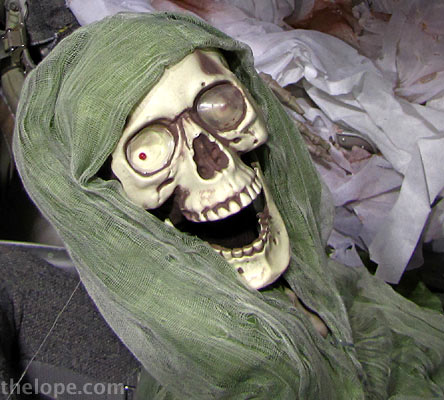 So what does our October slogan, "Fortified with corpses", actually mean? It means we'll be bringing quality corpses to locations near you. Yes, year before last I bought a cart load of clearanced K-Mart corpses after Halloween.

Unfortunately, when I got them out of storage last year I unwittingly released a force that was hard to control. 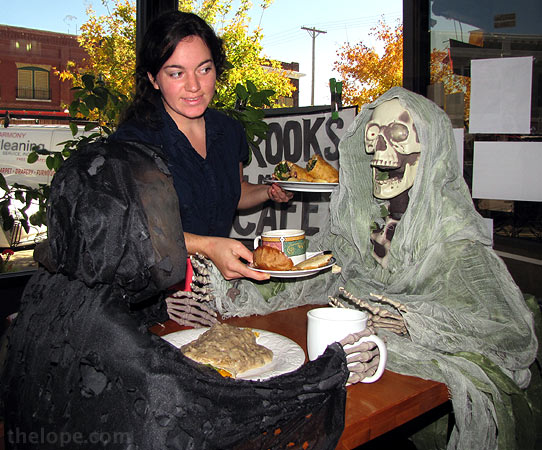 No, they're not particularly scary; but their dinner bills are - particularly when you're paying the ticket for multiple undead. (Skaets, Hutchinson, Kansas) 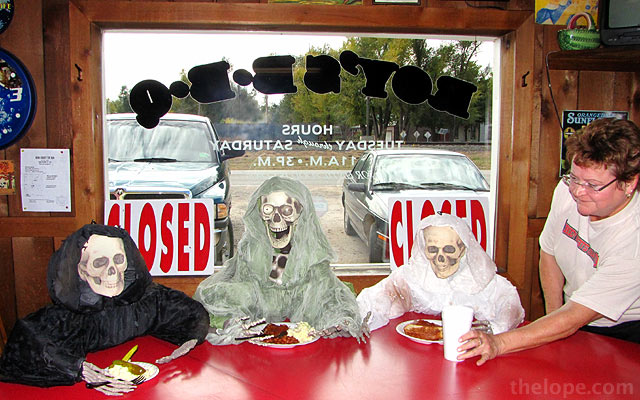 It figures that skeletons would go to a rib place. (Roy's, Hutchinson, Kansas) 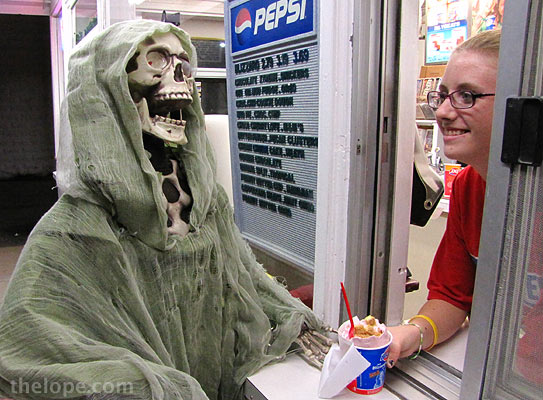 They even want dessert. I don't know where they put it, especially as they're pretty much just bones and empty space. (Dairy Queen on 3rd street, Hutchinson, Kansas) 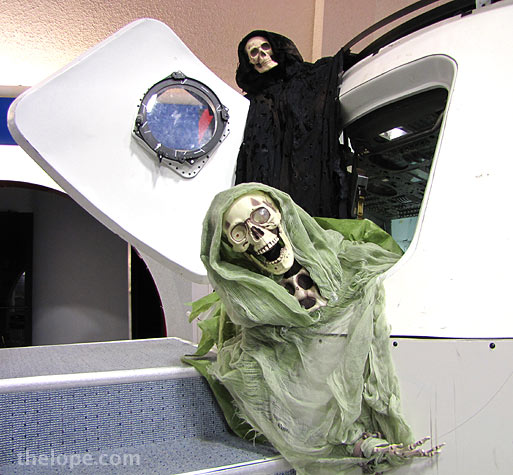 I tried to edify them with a museum visit. (Cosmosphere, Hutchinson, Kansas) 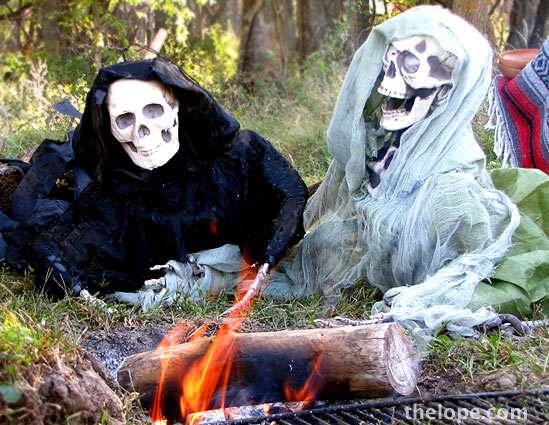 At least they attended a few of our regional cultural events. And they helped pick out pumpkins for Jack-O-Lanterns (Polks - Medora, Kansas) 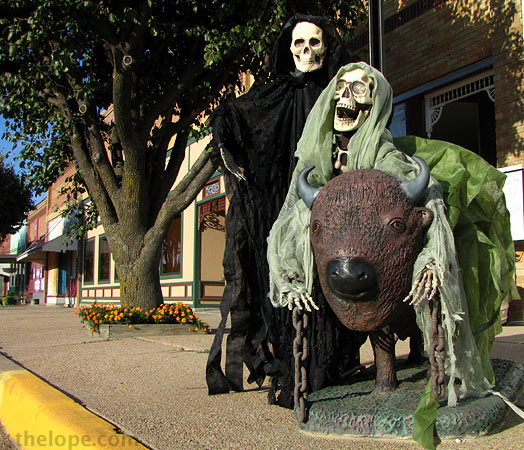 However, they did climb on some local monuments (Canton, Kansas) 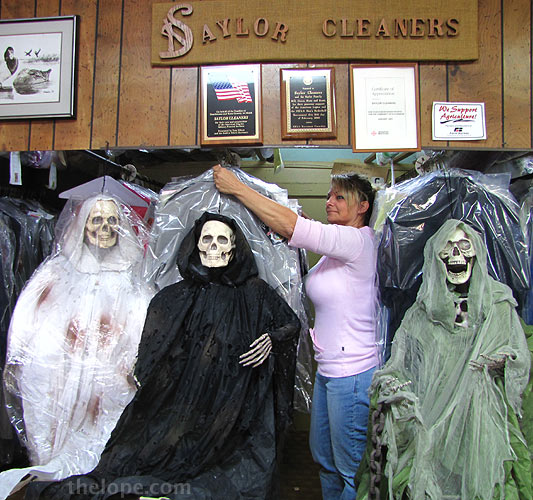 By the end of the month they'd taken me to the cleaners.

posted by Ace Jackalope at 4:38 PM

Love it. You are so creative!