With the Christmas parade and Thanksgiving coming so early, the fading notes of Fall got rather lost in the opening chords of the Christmas season. I had some Fall pics I haven't posted yet, so, like last year, I'm sweeping them out of the hard drive and onto the net. 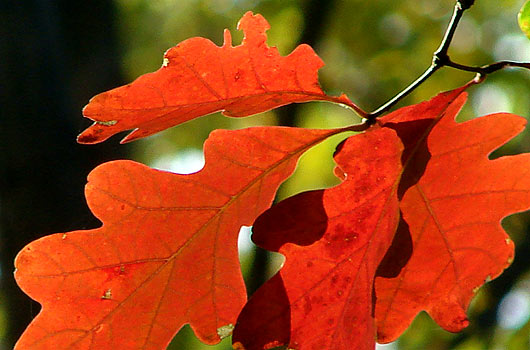 This group was shot at the Dillon Nature Center in Hutchinson, Kansas, on November 2. 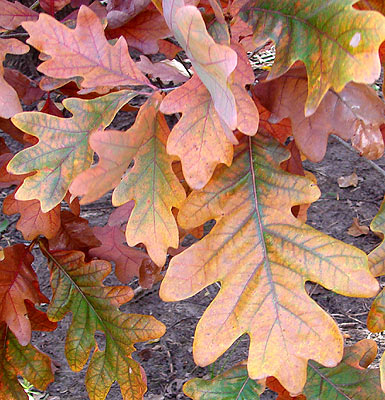 I highly recommend the place for walks in any season. 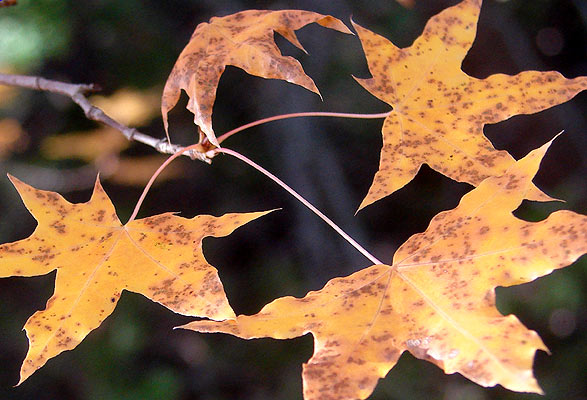 This is another cropping of the leaves at top.

A group of red-eared sliders (Trachemys scripta elegans) enjoys basking on a log in the south pond of the nature center. Sliders gained their name from their habit of sliding off into the water when disturbed. I imagine just about every hiker, fisherman and canoeist has seen this happen.

If you're old enough to have bought one of those baby green turtles with red spots on the sides of their heads that were sold in pet stores, you might like to know that this is what it would have looked like as an adult, had it not: A. died; B. escaped; C. been released by your sister; D. been traded for a baseball card. At up to 11 inches long, it would have been too big for that little plastic bowl, anyway. 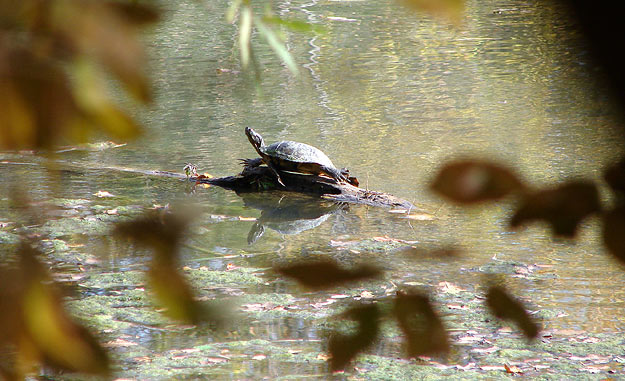 The long fore claws of the red-eared slider can be seen in this solitary specimen, which is probably a male as their claws are longer. Males will swim backward in front of a female, facing her, and flutter their claws rapidly as a mating ritual. This behavior is also displayed as a territorial assertion. Sliders rarely bite when you pick them up, but they are deceptively strong, and those claws - though not too sharp - have some leverage behind them.

I actually shot these next two at the nature center on August 25. That thing to the left of the dragonfly is a slider surfacing for a view.

Catching a flittering dragonfly with a camera that has a significant shutter lag is a problem, but I really wanted a foreground for the Monet-esque watery background. So, I just kept shooting the branch and eventually the critter landed atop it. It's a good thing it's digital - I had 96 pictures of an empty branch. 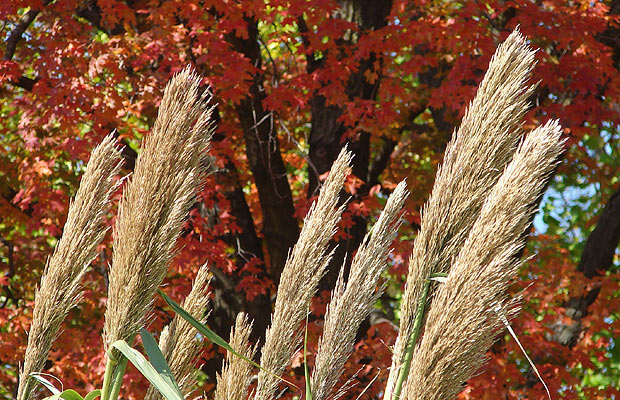 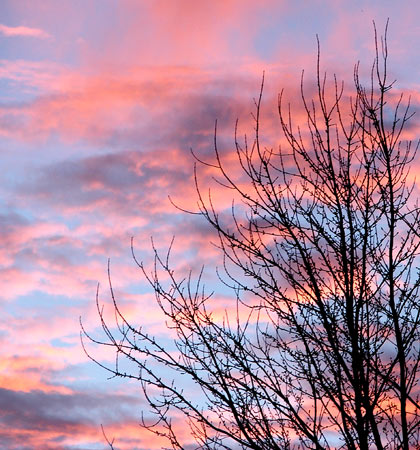 Just tonight, we had this nice sunset in Hutchinson. I saw it as soon I left the house for dinner with a friend, and knowing that we had only a couple minutes of such saturated color, we found as decent a foreground as we could. 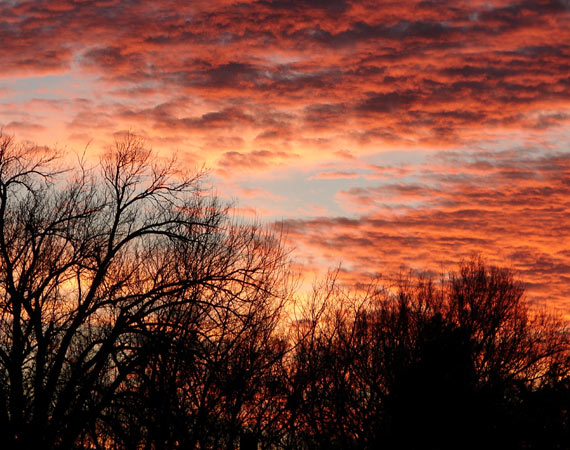 We don't get too many of these cloud-enhanced sunsets - not nearly as many as in Missouri. I guess we're a little short on moisture for clouds.