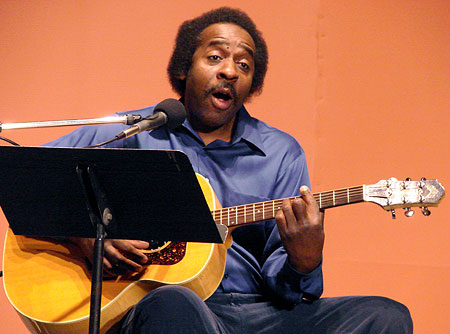 Thursday night we attended a musical tribute to Gordon Parks sung by Lemuel Sheppard as part of the State Library of Kansas' Kansas Reads program, which is spotlighting the book, The Learning Tree, by Kansas native Gordon Parks. 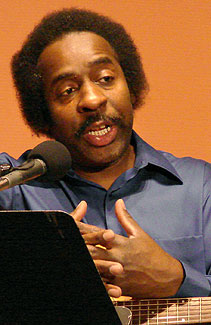 Sheppard, of Pittsburg, KS, gave an interesting presentation on Gordon Parks, who died last year. Parks was quite a dynamic and diverse person, an African-American who was successful as a photographer, musician, poet, novelist, journalist, activist and film director. You'd never link the career of a sought-after Life Magazine photographer with the man who directed the 1971 film "Shaft," but Parks was both. (Just talkin' 'bout Parks) 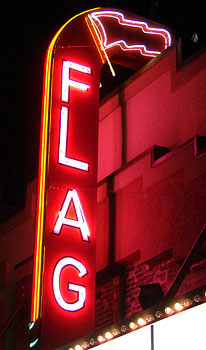 The 7PM performance took place at the Hutchinson, KS, Flag Theater, which just had its neon refurbished as part of a renovation.

As for Sheppard, I was impressed. 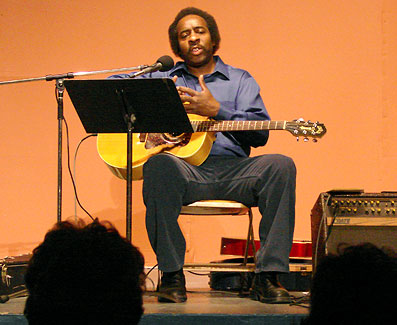 He's one of those people I think of as a "bridge" personality: a person who can effectively take you into his world - in this case, the history of African-American music - and make you feel quite comfortable there.

Having been born and raised in Joplin, MO, I take a certain pride in African-American poet Langston Hughes, who was born in Joplin in 1902. Thus I was happy to hear his poem, "The Negro Speaks of Rivers," set to music by Sheppard:

The Negro Speaks of Rivers

I bathed in the Euphrates when dawns were young.
I built my hut near the Congo and it lulled me to sleep.

I looked upon the Nile and raised the pyramids above it.
I heard the singing of the Mississippi when Abe Lincoln went
down to New Orleans, and I've seen its muddy bosom turn
all golden in the sunset.

My soul has grown deep like the rivers. - Langston Hughes

Sheppard is a self-taught guitarist, having learned at age nine in Kansas City, a hotbed of jazz and blues at that time. He has played the Kennedy Center and that performance can still be seen at their website. 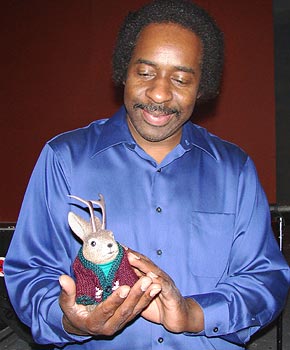 And a good, enlightening time was had by all.