The Lope: Clarence the Christmas Dinosaur 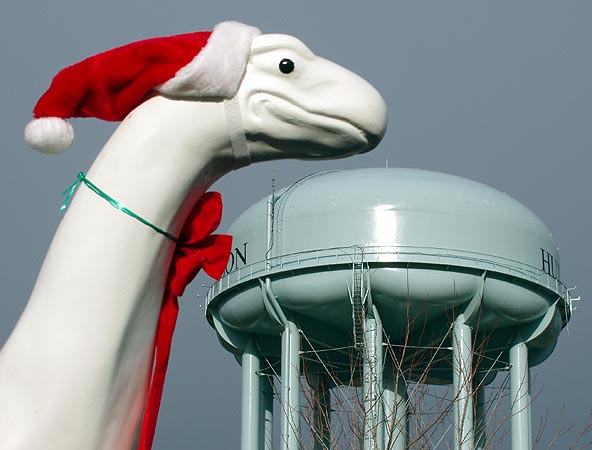 Tis the season to drive down the street at three miles per hour with a dinosaur on the roof and hand out candy canes to complete strangers. 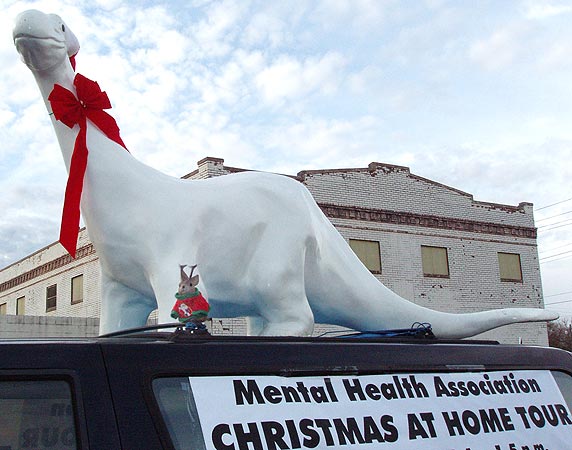 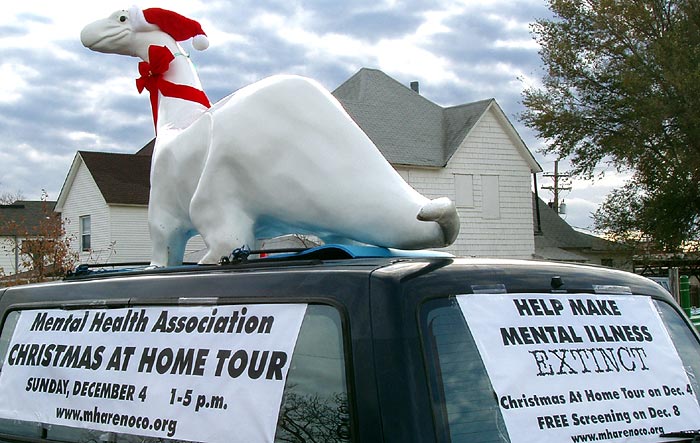 Clarence's previous appearance was at a night-time parade last year in Joplin, MO. The lights had to be removed for this day-time parade. 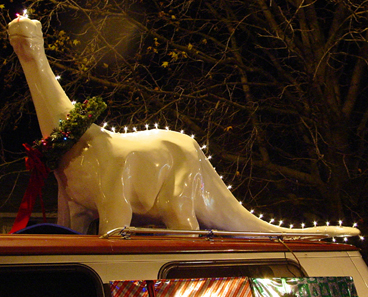 He also had a year of grunge which had to be washed off before this year's parade. Where does one wash a dinosaur? Why, a car wash, of course. 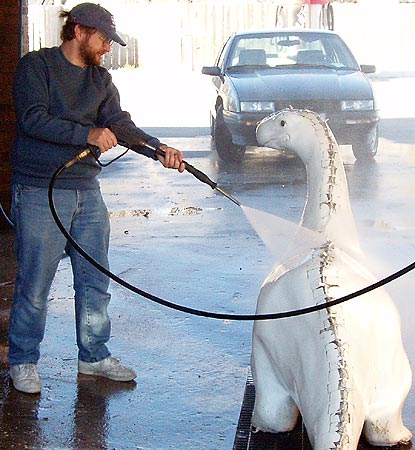 Of course, a dinosaur being hosed down in a car wash is bound to attract some attention. Jan Lawson and her son, Logan helped out a bit. 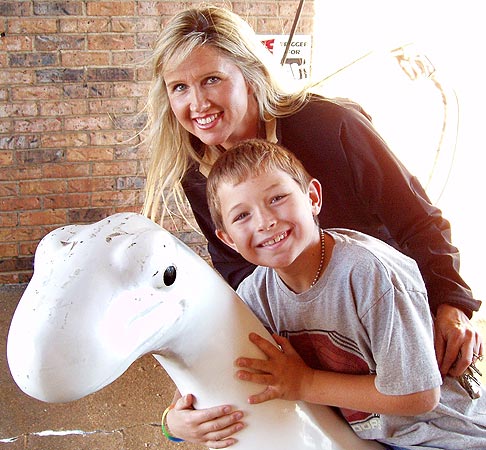 Before the parade, Ace met a couple of Santae. 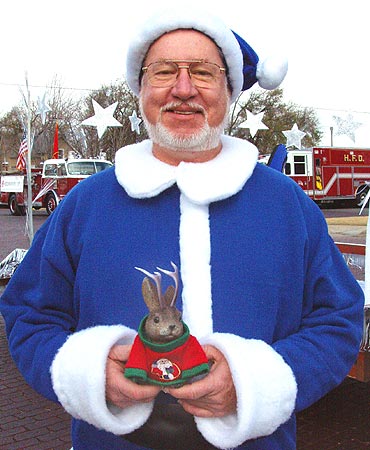 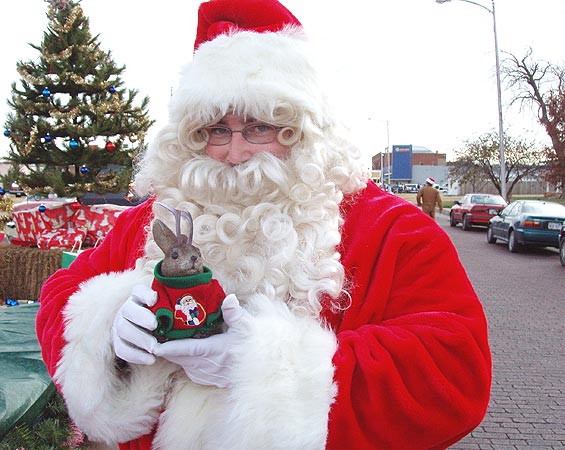 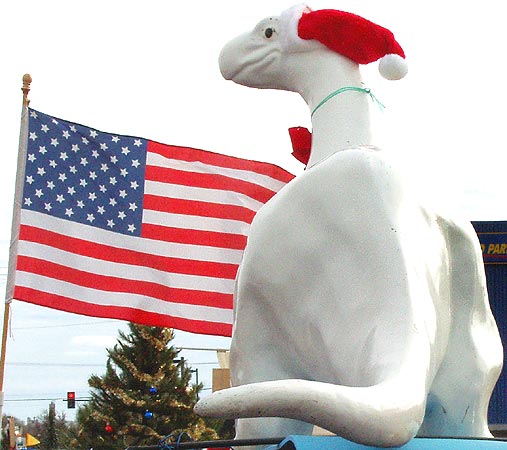 During the parade, Ace's crew handed out 8,000 candy canes with flyers. 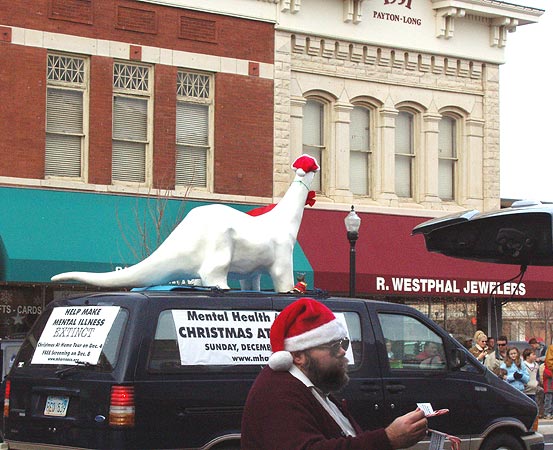 The crowd was quite dense, but we made sure that almost everyone got a candy cane. When I ran out of candy and had to run to the van for more, the discontented children reminded me of feeding bread to ducks in a park: when you run out, you'd better get away fast. 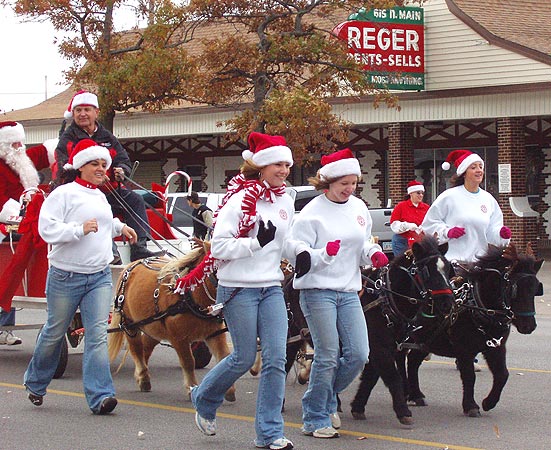 An ogre, a grinch and a fair yuletide maiden. 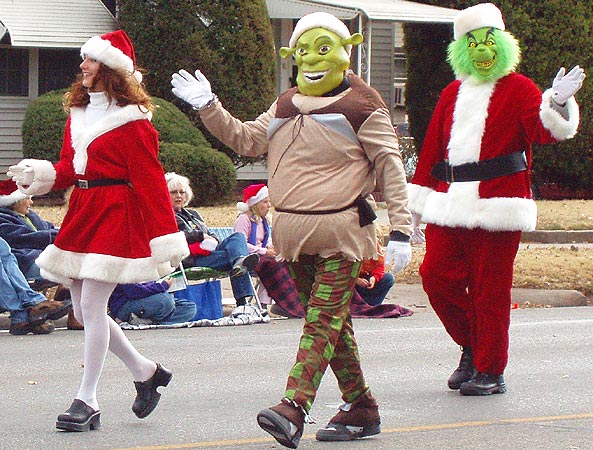 There was some nice amimal-watching, too... 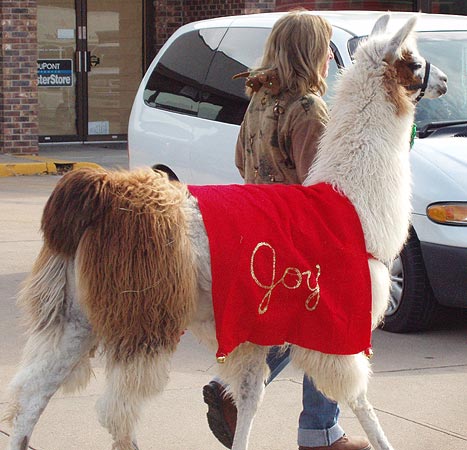 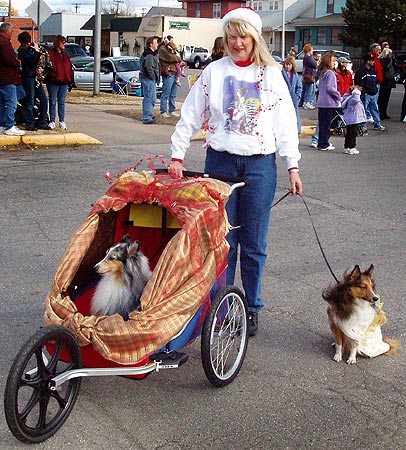 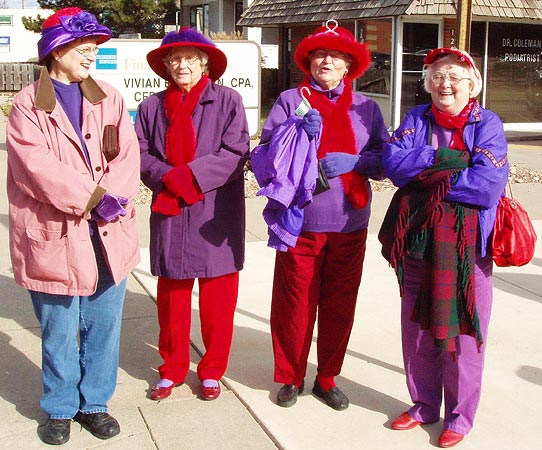 After the parade, most of the crew assembled for a pic. 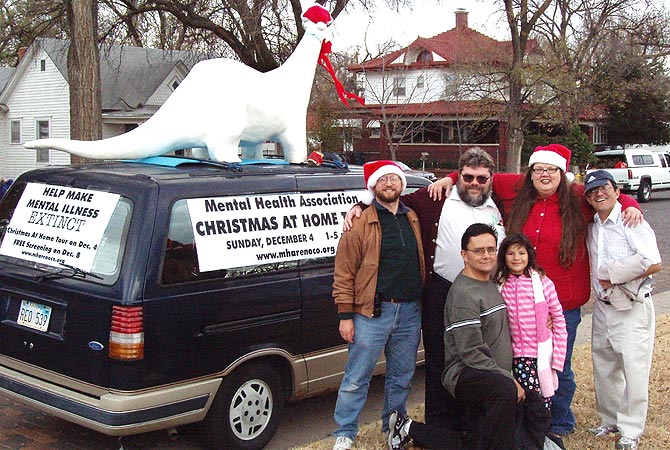 Ace made a new friend in the form of Molly Bribiesca, who helped pass out candy canes. 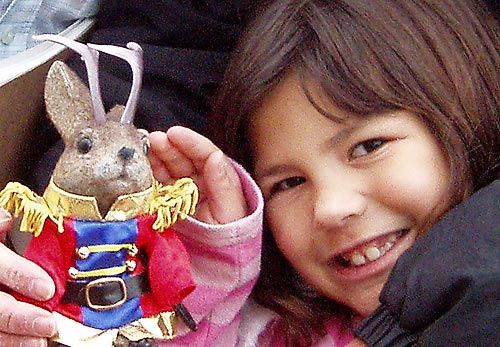 What fun is a dinosaur on your roof if you can't drive around with it and elicit a few looks? We did just that, and finished the morning with lunch at Roy's B-B-Q. 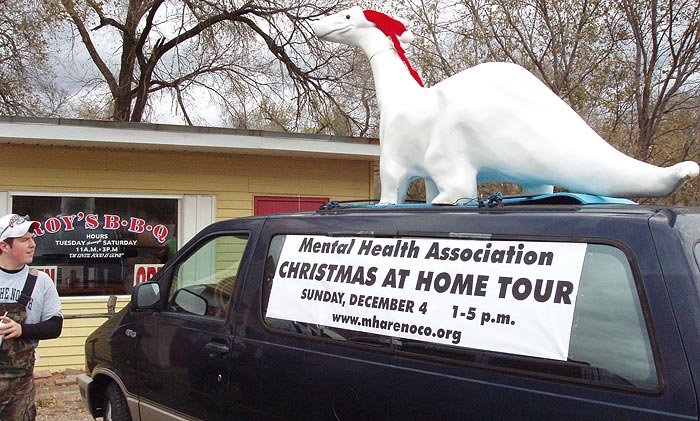 posted by Ace Jackalope at 5:15 AM

This is pure awesome!