The Lope: Of Chili, Shrimp, Naiads and NASCAR

Of Chili, Shrimp, Naiads and NASCAR

Hutchinson had a chili cook-off this past Saturday; one of the women in this group saw my camera and said something about taking her picture so here are Marti, Kathy, Jordi and Bob of KHUT & KHMY radio stations with their entry. 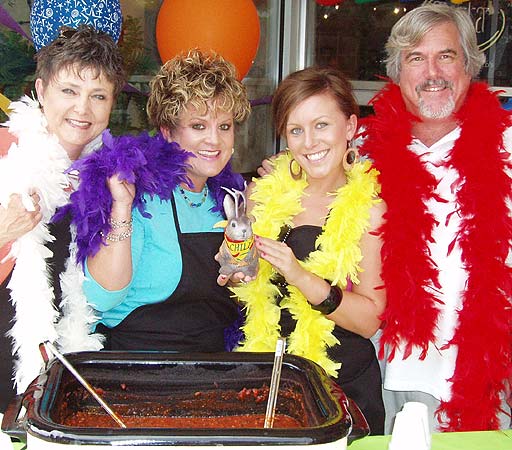 That night, I saw a sunset-lit tendral of clouds sweep over Kansas; and wondered if it was the last breath of hurricane Rita. 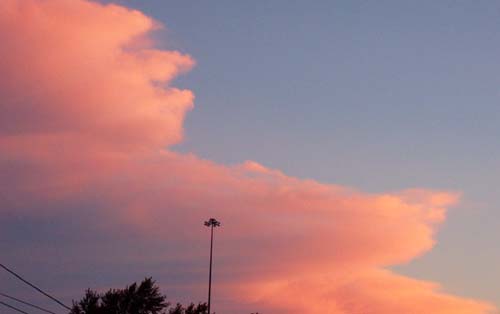 Remember when your mom asked the assembled friends at your birthday party: "Who wants SHRIMP with their ice cream?" 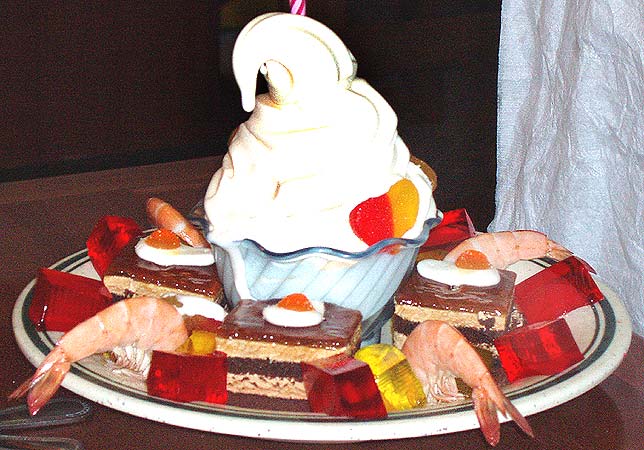 I attended a friend's birthday party Monday at a Chinese restaurant in Hutchinson and the birthday treat was a combo of ice cream, cake, jello and shrimp. 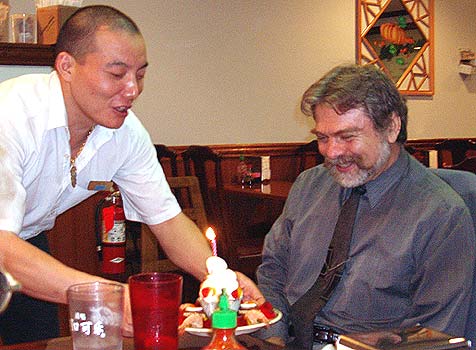 In other news, Ace met a water nymph while boating at Lake Cheney a few days ago. Nymphs that inhabit bodies of fresh water were referred to by the Greeks as naiads, though they were usually associated with moving bodies of water. Cheney is neither moving (nor very fresh), but here she is, anyway.

Its good to be the 'lope. It must be nice when women just rise out of the water and kiss you. 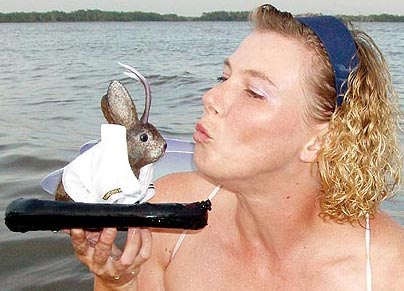 While Ace is not a NASCAR fan, he can't turn down a free pic, so he posed with a car provided by the National Guard at the Kansas State Fair. It was an advertising hook on their part; they shoot the picture and post it a few days later on their website, along with public relations material. We noticed that it is on there now: 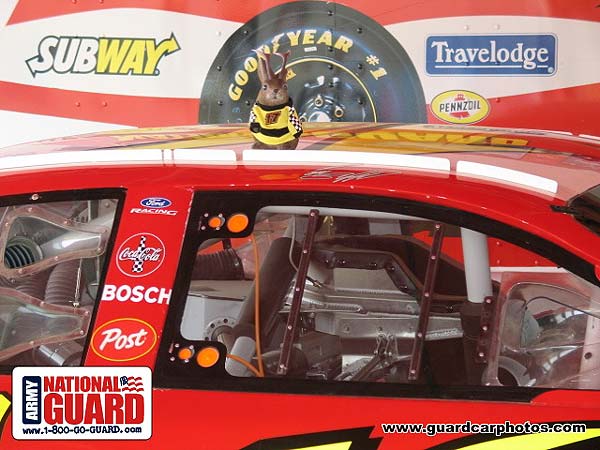 posted by Ace Jackalope at 9:10 PM