The Lope: Friday at the fair

Friday at the fair

Once in awile you have one of those nice random perks that starts a day out well. Such was the case Friday when Ace met the DeGraffenried's - Ryan, Shawna and Katy - at the Kansas State Fair. Shawna had expressed curiousity about Ace and mentioned her boyfriend photographs his hay hauler in different places. Send one in, guys; Ace says he'll have me post it. 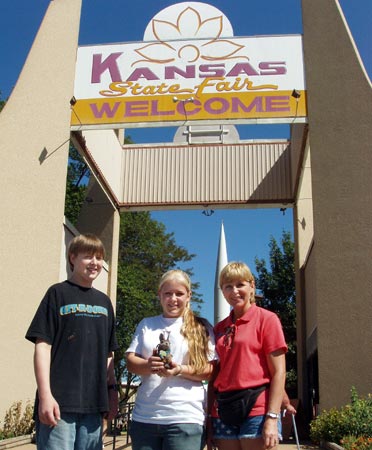 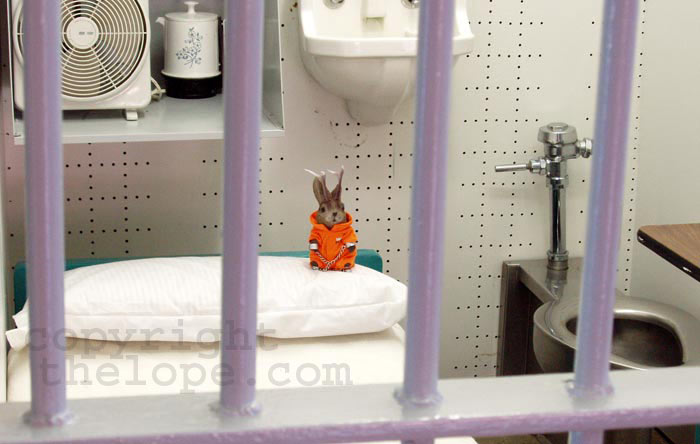 Jail exhibit in the Kansas State Department of Corrections building. I slapped the copyright notice on there because this photo is hot-linked without my permission quite a bit, that's the flip side of being a well-googled site. 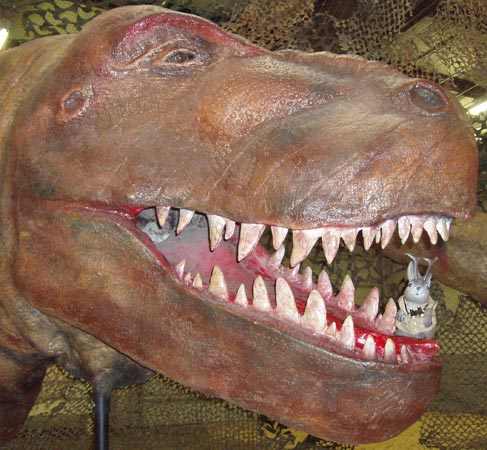 The ride is called White Water, but the water that splashes out of it is anything but...some people like it, though. 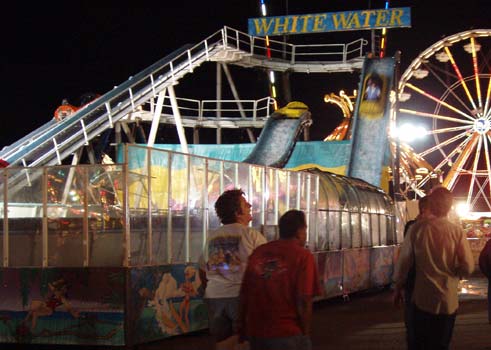 Some know it's coming.

Some have no idea. 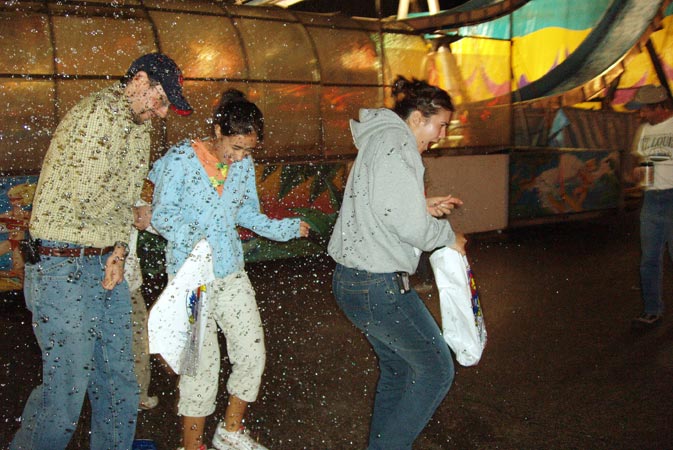 Some wait for it and rejoice. 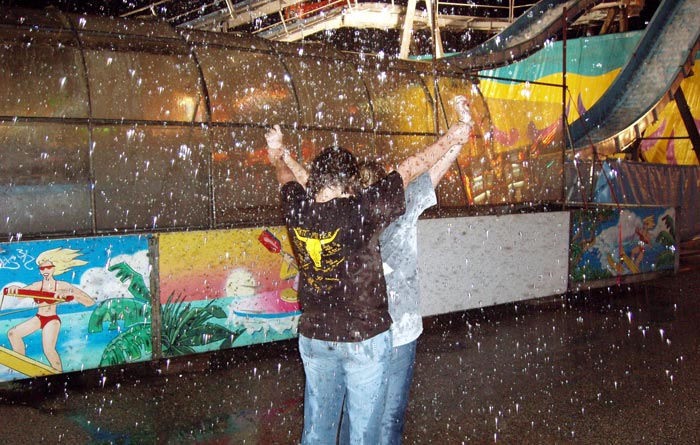 Some know its coming and lead the unsuspecting. 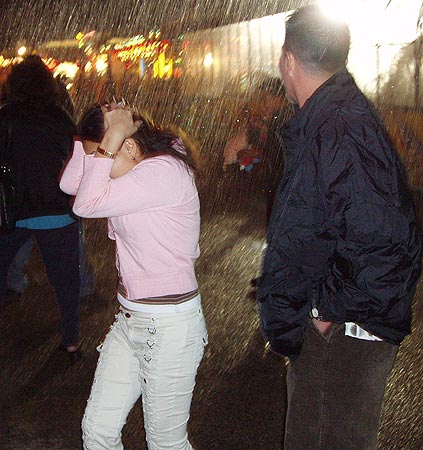 Some simply drag others into it. 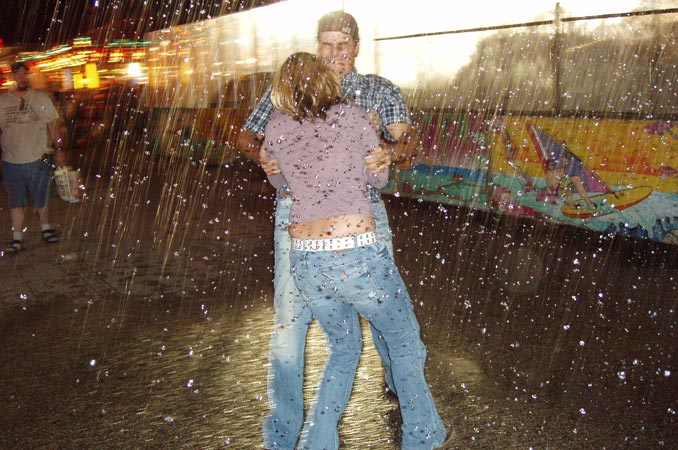 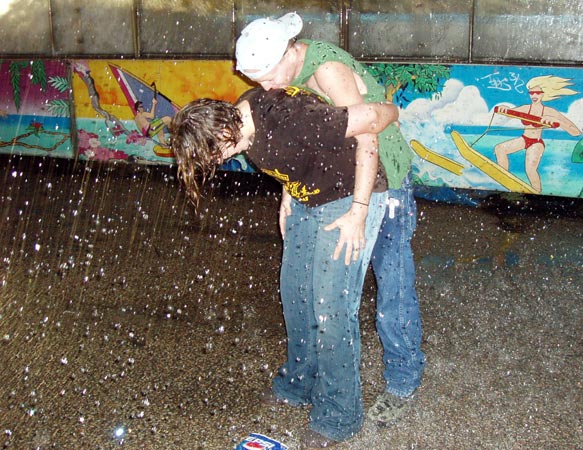 Others are just glad they brought their raincoats. 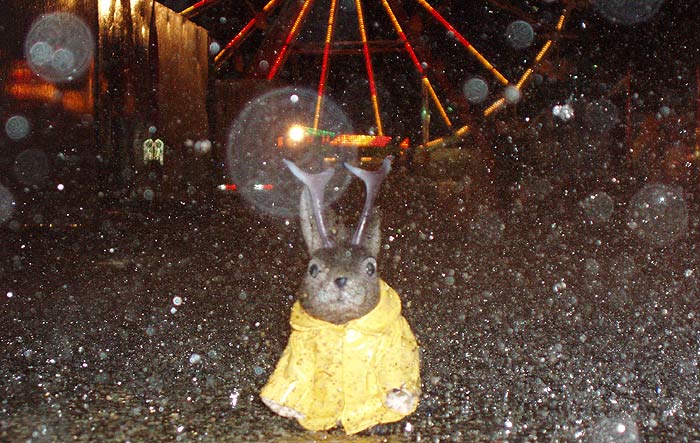 posted by Ace Jackalope at 4:49 AM