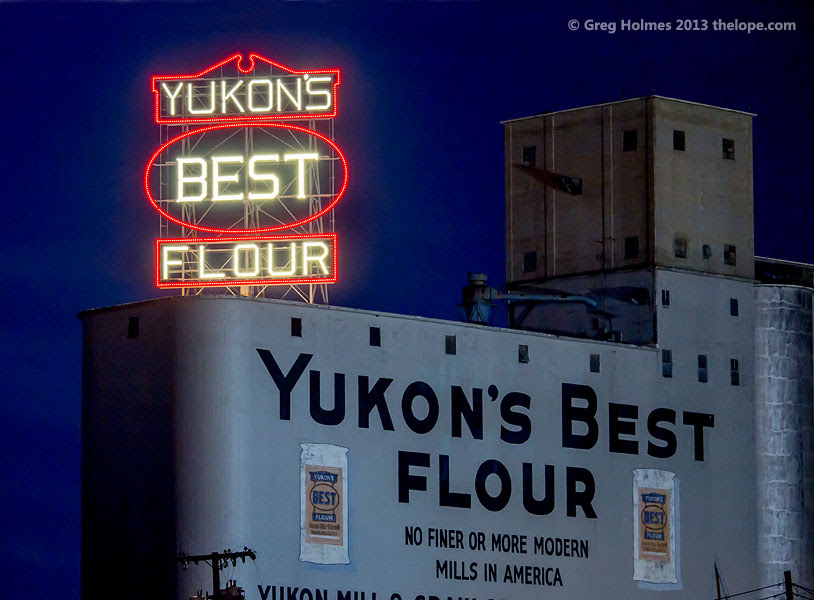 In October of 2013 I happened through Yukon, Oklahoma, a few months after the iconic sign atop the Yukon's Best grain elevator had been restored, substituting LEDs for the previous neon and incandescent lights. This had been done at a reported cost of $140,000 after a successful fundraiser.

The sign is 55 ft tall and 42 ft wide. After the restoration, the old letters were auctioned. 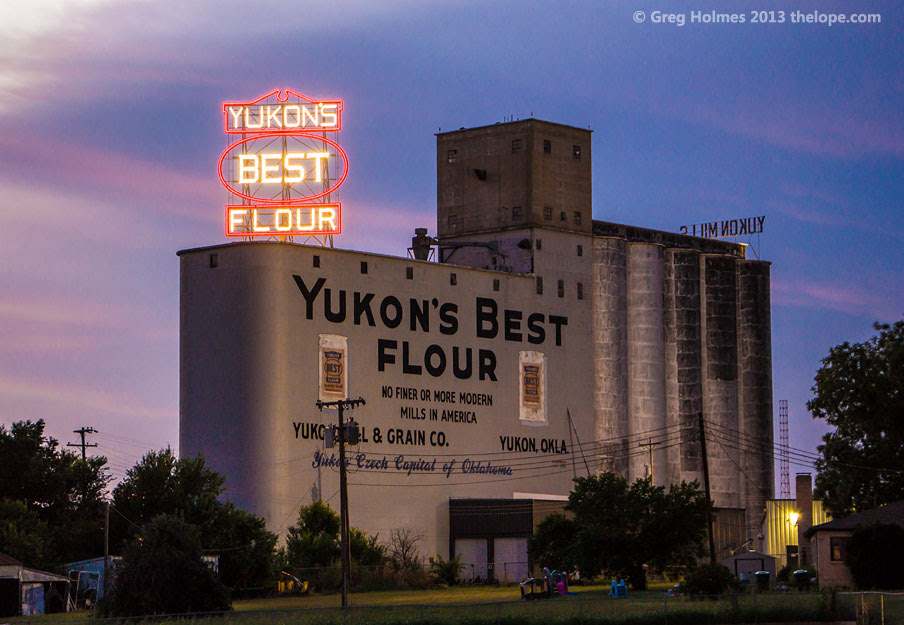 As to the elevator itself, according to a National Register eligibility application, the part with the advertisements painted on it was built in 1916 while the annex with visible cylindrical bins (to the right in the picture) was added in 1954. An accompanying mill, also built in 1916, was razed in 1991, the fact of which was cause for rejection from the National Historic Register.

There is no mention of the signs atop the structure on the application.


In this video you'll hear the screams of carnival goers a few blocks away and will see the occasional carnival ride visible over distant trees.