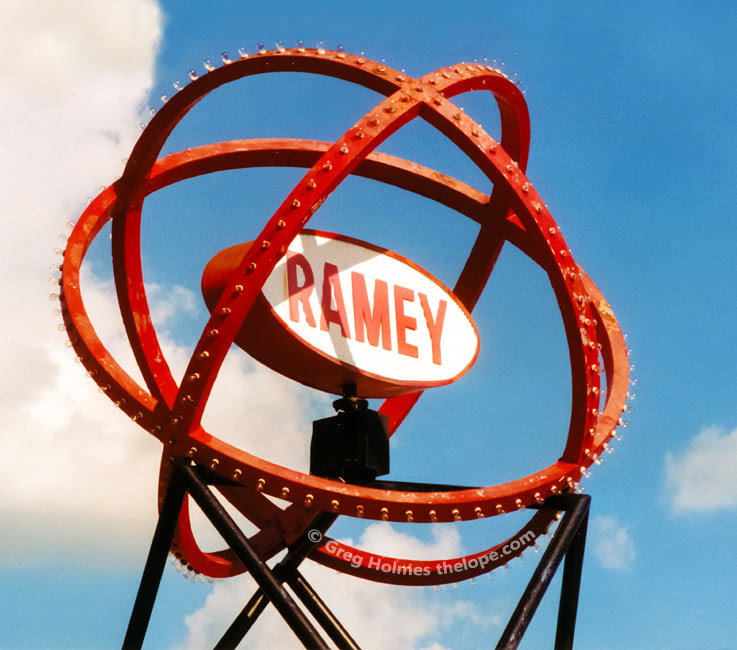 Few signs scream "atomic" as loudly as did this Supermarket sign in Monett, Missouri. 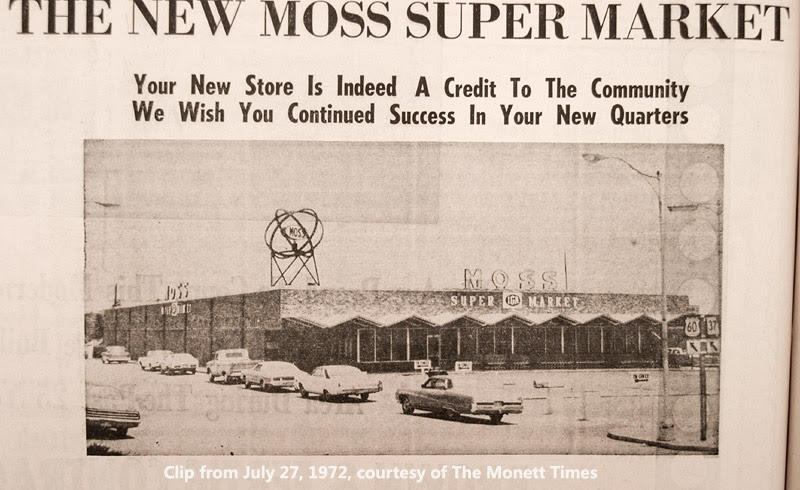 The sign debuted atop Moss IGA Super Market in 1972 when the store reopened after a fire destroyed their previous building earlier that year. (photo courtesy The Monett Times)

According to a December 1979 Monett Times article, Oren Moss had run a grocery store in this spot since 1937. It began as a fruit stand and evolved into a full supermarket at West Broadway and Euclid Avenue. Members of a Facebook nostalgia group for Monett still miss Moss IGA for its cleanliness, quality and special touches like watermelons in tubs of ice water which customers were invited to core in order to check for ripeness. The business with sign sold to Ramey Super Market in 1979. When Ramey moved to a new building in the early 2000s, not long after I took these photos, the sign was removed. I do not believe it was saved. I assume all of those little incandescent bulbs lit up but I don't know if it was constant or some sort of flashing or chasing pattern. Oren Moss' son, Asa, told me he does not believe the lights chased or flashed, although the center oval revolved and would originally have carried the Moss name. 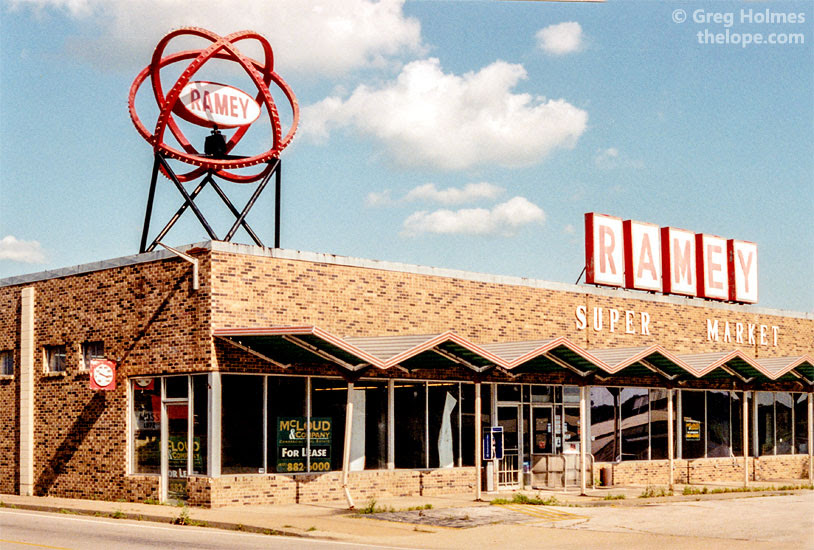 In addition to the sign, the "RAMEY" letters have also been removed, but the somewhat mid-century mod zigzag awning remains as of July, 2016.

The Lope would like to thank news editor Murray Bishoff of the Monett Times, Asa Moss, The Monett Public Library, and Skip Smith at the Monett Historical Society.