or Composing My Thoughts on a Decomposing Friend 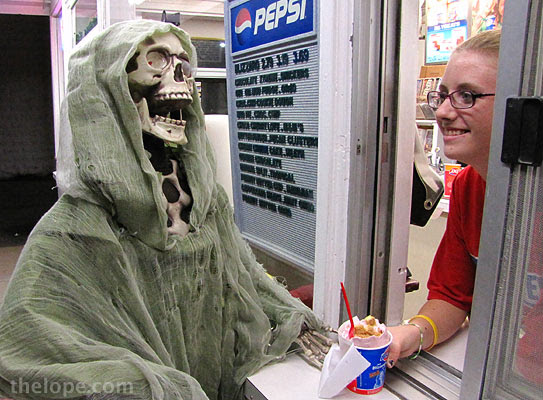 For the previous couple Halloween seasons, my friend The Corpse accompanied me through the tricks and treats of daily life, for good or ill. Well, for ill, it turns out, at least for The Corpse. Apparently corpses deteriorate. Biological ones get all icky and smelly while my running buddy simply fell apart, a victim of wires that were bent too many times and plastic that crumbled. Who knew plastic from China would be unreliable?

I fondly remember our trips to the Third Avenue Dairy Queen in Hutchinson, KS, above.

Here's to The Corpse and the fun we had while he was in one piece: 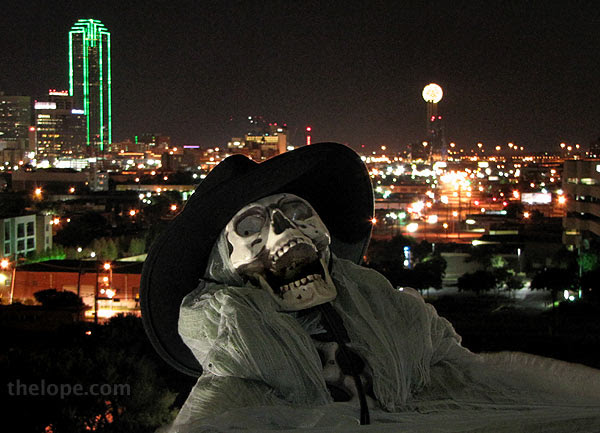 Partying in the dead of night in Dallas - he wore a Stetson; Stetsons are cool. 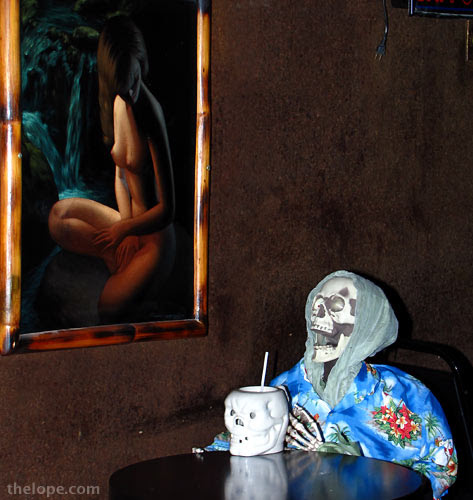 We ogled the vintage black velvets while drinking from skull mugs at the equally vintage Mai Tai Lounge tiki bar in Omaha.

I was a bit irritated when he stole a car to go joy riding with his friends at dead man's curve. In other modes of transportation, it turns out that corpses don't need space suits. 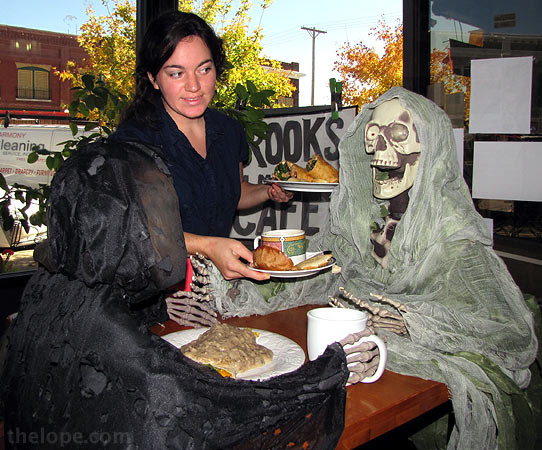 Eating in Hutchinson, KS, at Brooks on Main (also deceased) 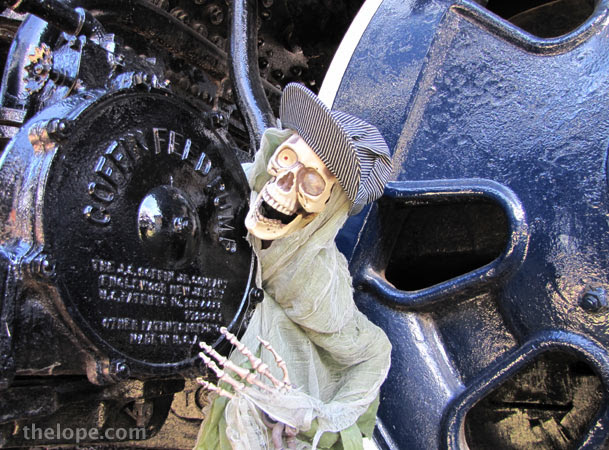 We failed to find the dead man's pedal on the steam engines at the Museum of the American Railroad in Dallas, but we did find the coffin pump valve. 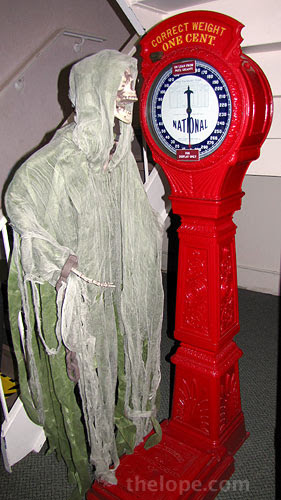 I knew he was losing parts when he was alarmed at his weight loss at the Route 66 Hotel and Conference Center in Springfield, Illinois. 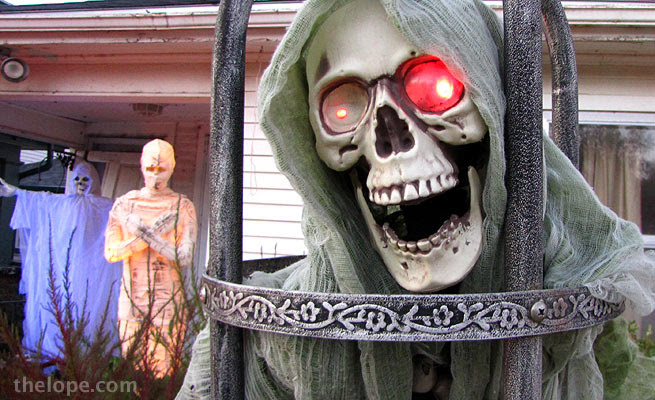 Although his body has pretty much given out, there's still enough of him left to greet Halloween trick or treaters. He'll be at 906 East Avenue A in Hutchinson, Kansas, on October 31. Come on by and trade condolences for candy.