The Lope: Semi Full of Halloween 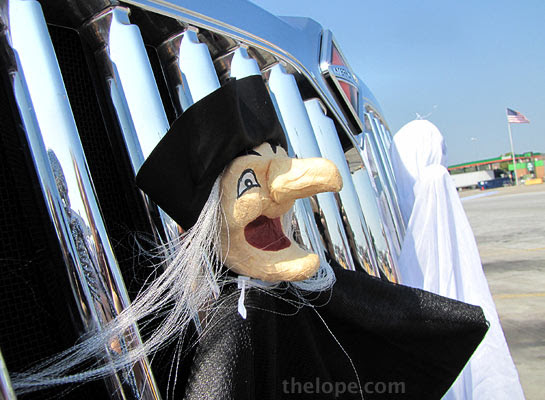 I was shooting photos of a truck convoy last month for Land Line Magazine and the Land Line Now website when I noticed a very seasonal truck. 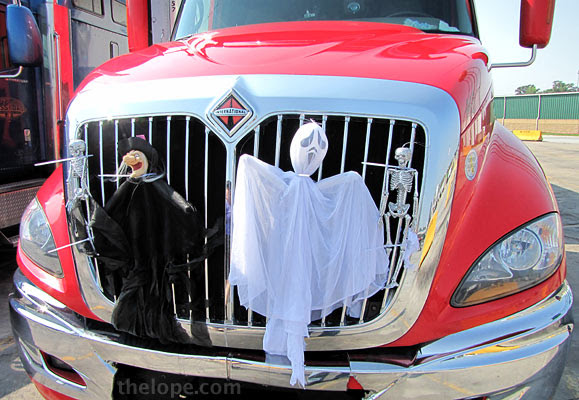 A festive driver named Sandy decked the grill of her International truck with Halloween cheer. 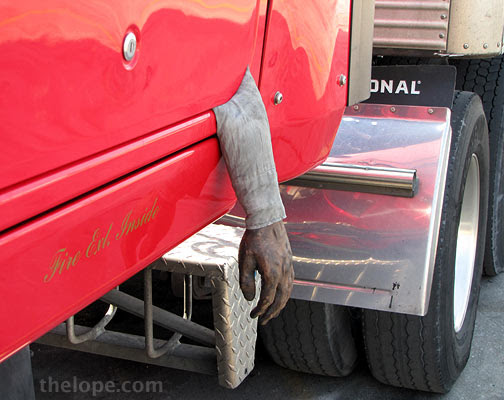 She even added the old standby arm caught in door. Sandy is with Crossroads Transportation of Carthage, Missouri. I hope they appreciate her flair as much as I do 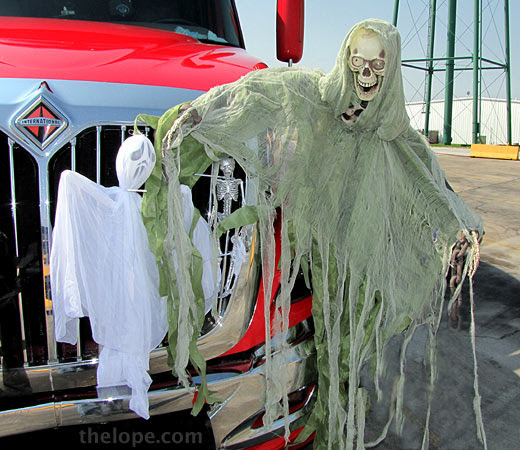 Though already fortified with corpses, I felt Sandy's truck needed one more. 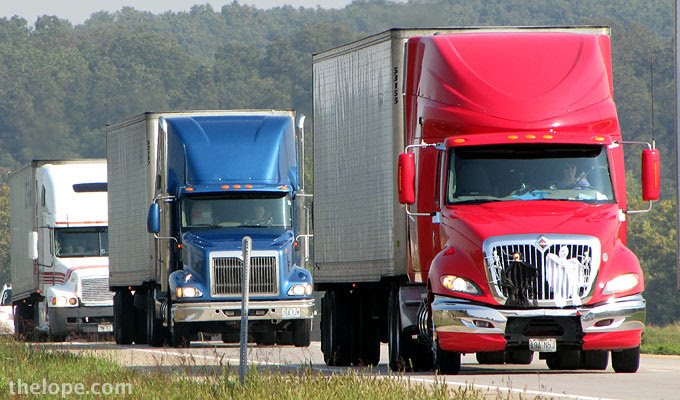 Here is Sandy's truck in action, in the Joplin, Missouri, leg of the World's Largest Truck Convoy fundraiser for the Special Olympics on September 18, 2010. 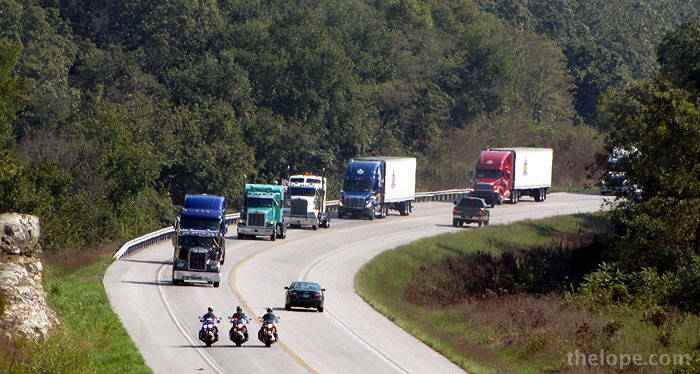 Led by three Joplin motorcycle officers, the convoy rounds a curve on U.S. 60 between Neosho and Seneca, Missouri. 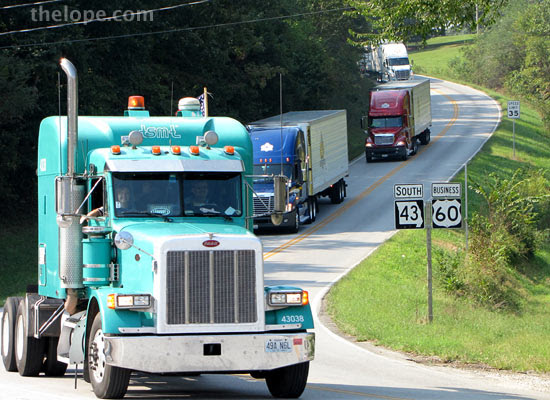 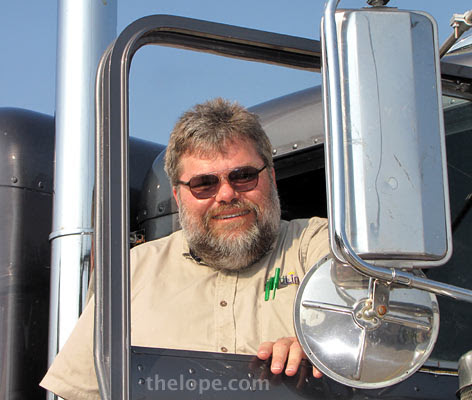 Our old friend and Land Line Now host Mark Reddig was on hand for the event. I think Mark would make a good werewolf.

posted by Ace Jackalope at 8:16 AM