The Lope: The Wall 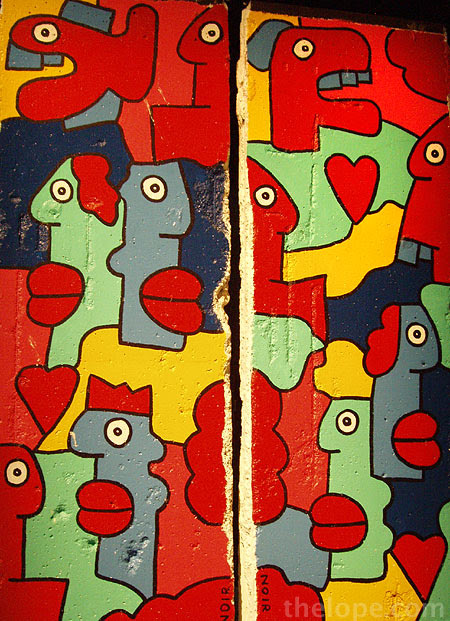 The Berlin wall began to fall 20 years ago today, when, on November 9, 1989, the East German government announced that all of its citizens could visit West Germany and West Berlin.

The physical manifestation of the previous isolation of East and West Germany - the wall itself - began to be chipped away immediately. German unification came less than a year later, in October of 1990.

Pieces of the Berlin Wall survive in many places; the most colorful one I've seen (above) is in the National Museum of the US Air Force. There's also a nice one at the Kansas Cosmosphere and Space Center. 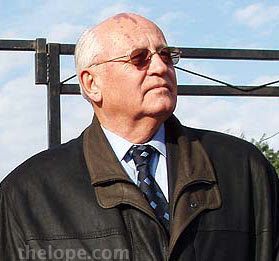 Former Soviet Union leader Mikhail Gorbachev is admired in the West for allowing the wall to fall and not taking the advice of hardliners who wanted him to crush the unrest leading to the event. The Soviet Union itself soon dominoed out of existence.

What may be surprising to those of us in the West is that a poll last year showed 60% of Russians still viewed the fall of the Soviet Union as tragic.

In a recent Reuters story, Gorbachev is quoted as saying that crushing the unrest in East Germany would have sparked a catastrophic set of events or even a third world war.

Gorbachev touched on some of this history during a visit to Kansas in 2005, when the above photo was taken.