The Lope: A Taste of Lincoln, Missouri

A Taste of Lincoln, Missouri 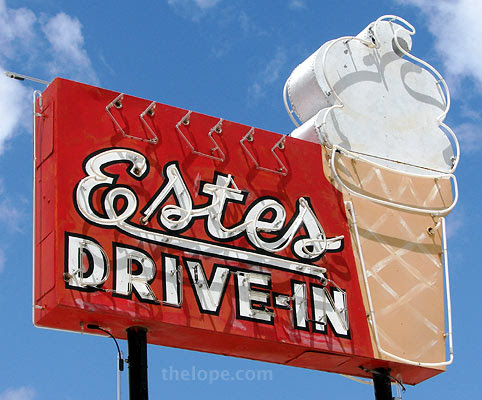 It is less than a week until Abraham Lincoln's 200th birthday, so we're taking a look at places that do homage to our favorite dead president. Lincoln, Missouri was almost named Vincentville back in 1860, according to the town's website, but it 1869 it was named for the late president. 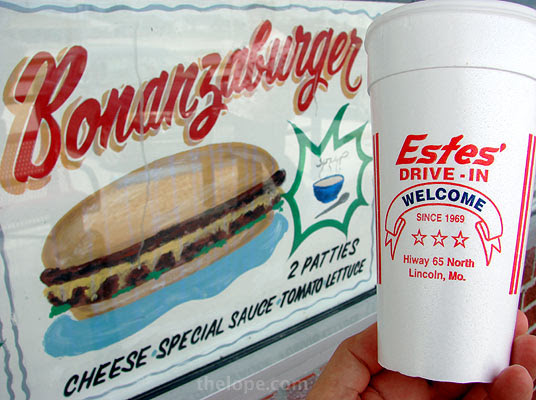 According to their foam cups (and has a cup ever lied to you?), the Estes Drive-In opened in Lincoln 100 years later. 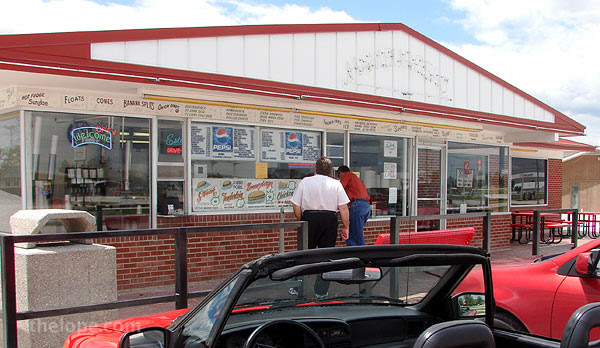 We stopped at the Estes Drive-In last June 29 during the "Food Coma Caravan." 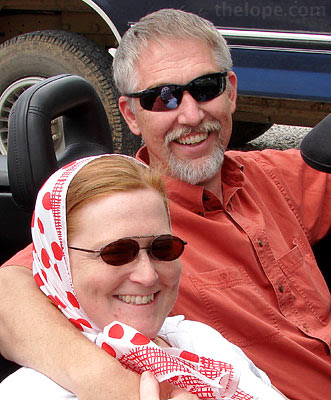 The Food Coma Caravan is an event cobbled together by our friends Carl and Kris, who gather a small bunch of us to partake in the independent restaurants and motels of Kansas and Missouri at least once a year. 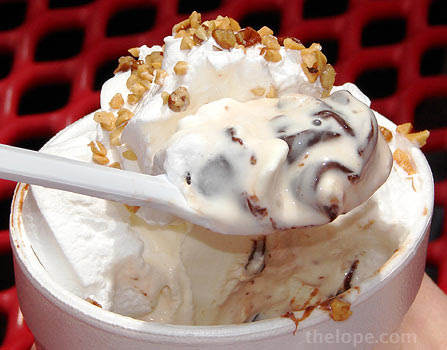 I don't remember what this was, but it was decadent. 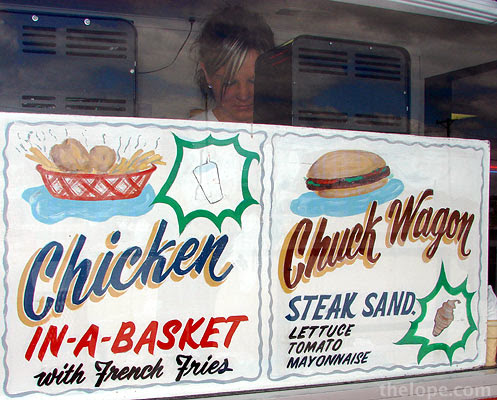 I've been noticing drive-in menu art. Some of it reminds me of carnival artwork. 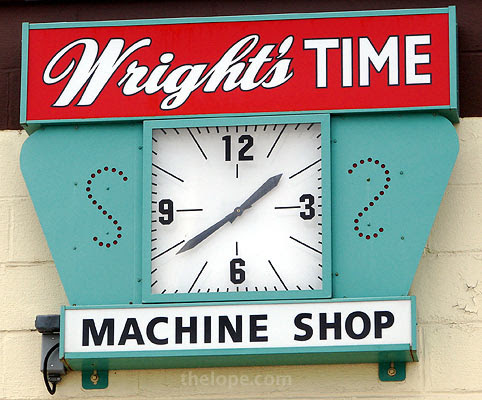 PaPa Joe's Restaurant, also close-by, has a decent sign, if somewhat in need of definition. The Lincoln Antique Mall was above par for such places when measured on my scale, which gives great weight to mid-20th century retro stuff. 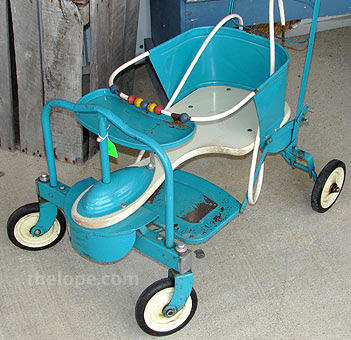 One example of which is this stroller. It almost makes me want a kid. But then, I'd have to share my ice cream and guberburger, and I don't want that.

posted by Ace Jackalope at 5:27 AM