The Lope: Seated in Your Pocket

Seated in Your Pocket 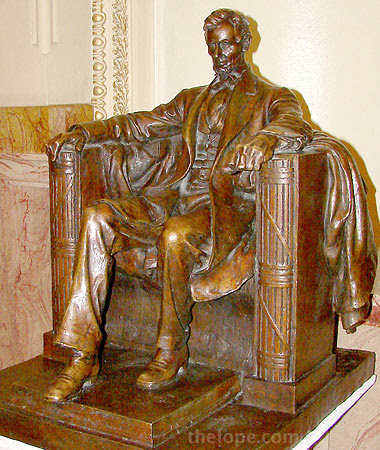 As part of our continuing offering of things Lincoln in honor of his 200th birthday, here is an homage to Abe in the rotunda of the Colorado State Capitol Building in Denver - a miniature bronze replica of Daniel Chester French's statue of the seated Abraham Lincoln that he designed for the Lincoln Memorial. (2007 photo) 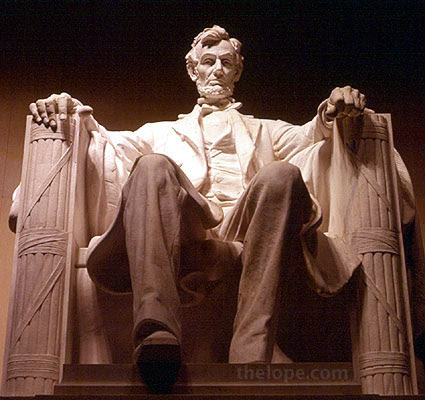 Here is the main version in the Lincoln Memorial in Washington D.C. In designing the statue, French used Lincoln's life mask, casts of the President's hands and photos by civil war era photographer Matthew Brady. (1982 photo) 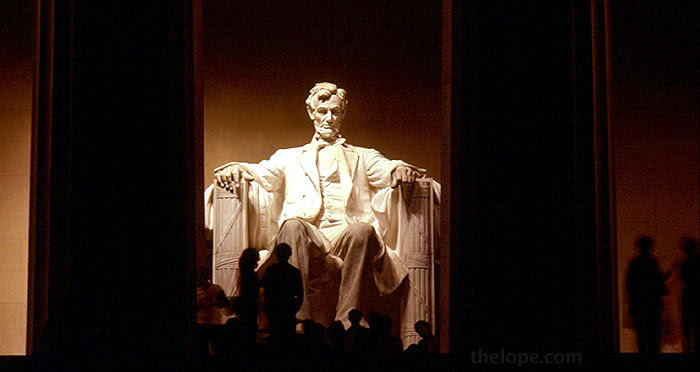 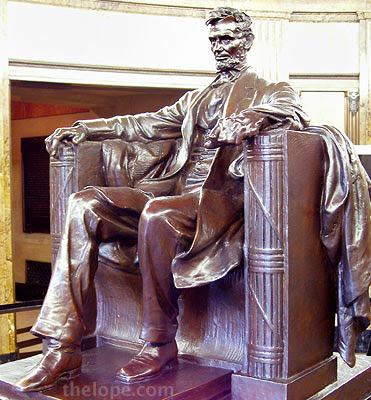 Smaller versions exist in, among other places, Lincoln's tomb in Springfield, Illinois. See other Lincoln statues in our 2006 visit to Lincoln's tomb, here. (2006 photo) 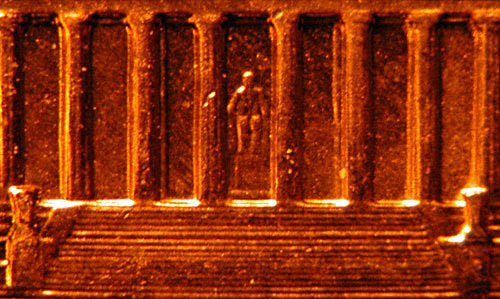 Incidentally, you are probably carrying a small representation of French's seated Lincoln statue in your pocket. Check the back of most U.S. pennies and you'll see the Lincoln Memorial with a very tiny relief version of the statue in the center. (image from wikipedia)

posted by Ace Jackalope at 7:45 AM