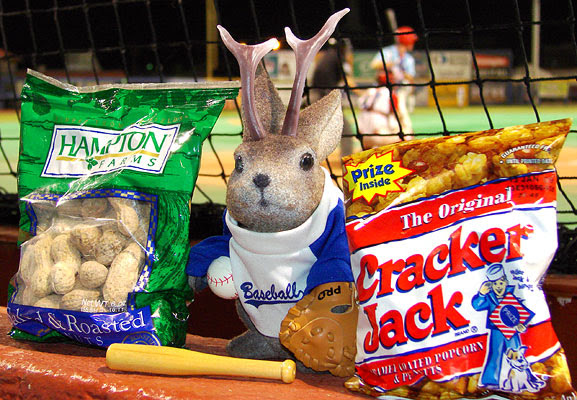 Any Presidential candidate should understand the "great American pastime" and its anthem, so Ace had some peanuts and Cracker Jacks at the ole' ball game last night. 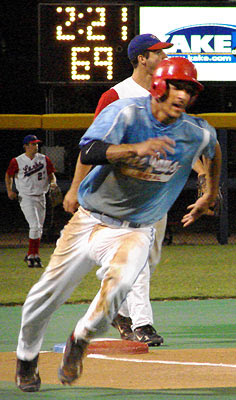 And when I say "last night", I mean all night. Look at the time. It was 2:21 AM when this runner for the Liberal Kansas Bee Jays rounded third base at Wichita's Lawrence Dumont Stadium during the National Baseball Congress (NBC) World Series. We'd previously attended the tournament two years ago. 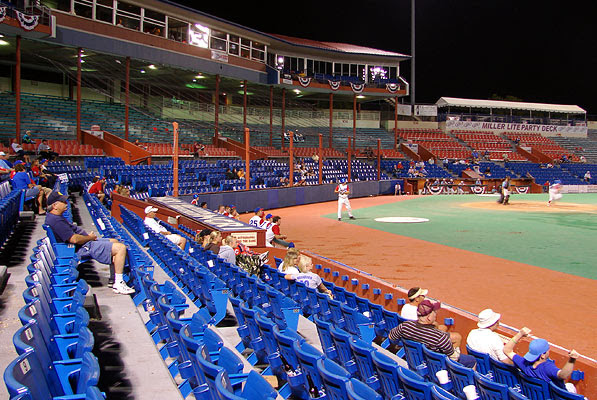 There were actually a couple hundred scattered people still in attendance in the wee hours of the morning. 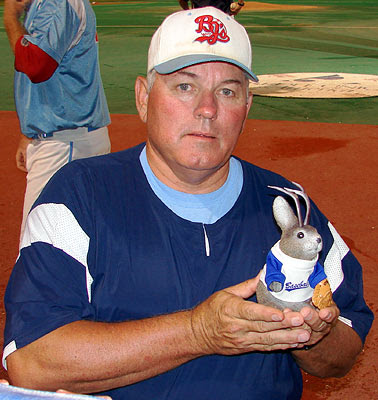 Mike Hargrove is a bit of an enigma to baseball fans. He's kind of a big deal.

In his 38 year career, Hargrove managed major league baseball teams the Seattle Mariners, the Baltimore Orioles and the Cleveland Indians. He left his position with the Mariners just last year, saying his "passion has begun to fade" for baseball. The Mariners were the most successful major league team at that time.

Now he manages the Liberal Bee Jays. As a Kansan, I think this is rather cool. Ace and I caught up to him right before the Bee Jays' game with the Hays Kansas Larks. 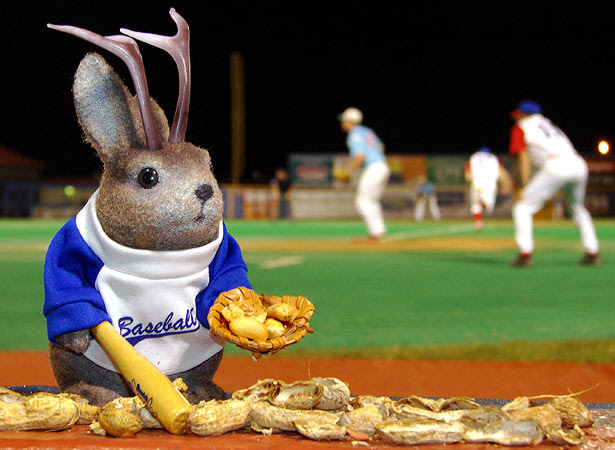 Oblivious to the runner stealing second base, Ace used his bat for crushing peanut shells and his glove for holding them. Obviously, as his campaign manager, I have some work to do. 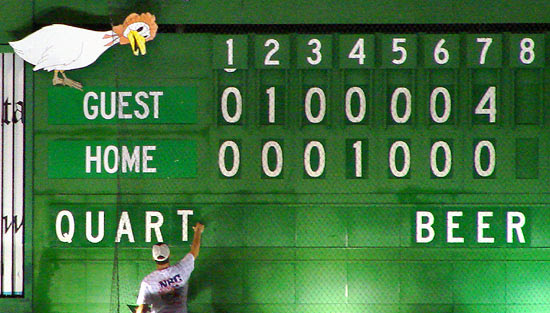 The score board at Lawrence Dumont is an older style and the letters are changed manually; numbers are changed from behind the board. No, they weren't selling beer by the quart. He's about to replace the beer ad with a sign for the quarter finals. 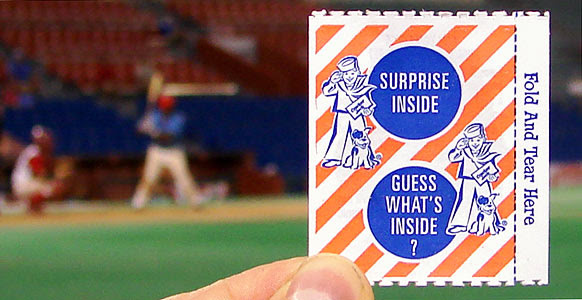 I was curious about what constitutes a Cracker Jack prize these days. When I was kid, I loved the little plastic toys. This paper prize turned out to be a history lesson about Susan B. Anthony.

I caught the end of this fan singing "Take Me Out to the Ballgame." 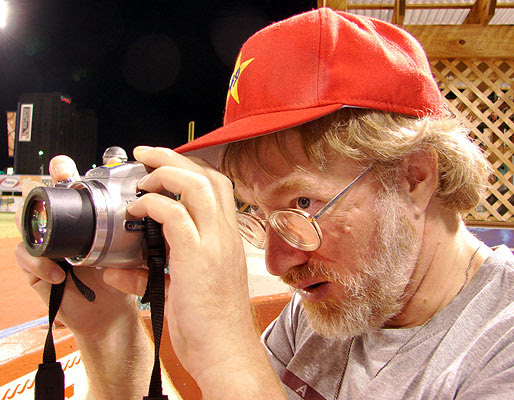 I, however, am not really a baseball fan. I'd gone to the game mainly to see my brother Steve, who turned his baseball fandom into a profession, having co-produced The New Ballgame with Iowa Public Television. He's currently working on a documentary on Baseball in Japan. 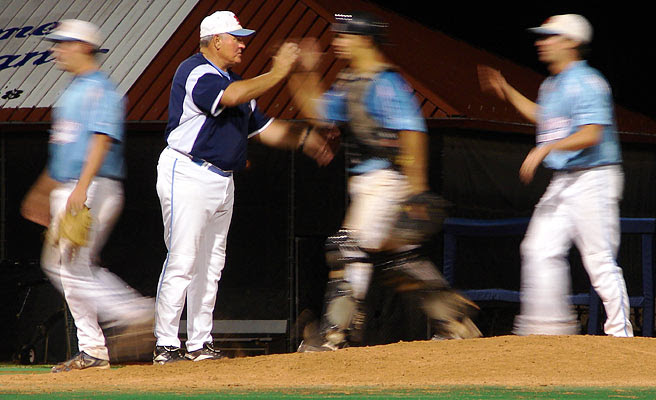 Hargrove congratulated his players after they defeated the Larks 7 to 1. The tournament continues today.

posted by Ace Jackalope at 9:30 AM