The Lope: Thunderbolt and Lightning - Very, Very Frightening, Me 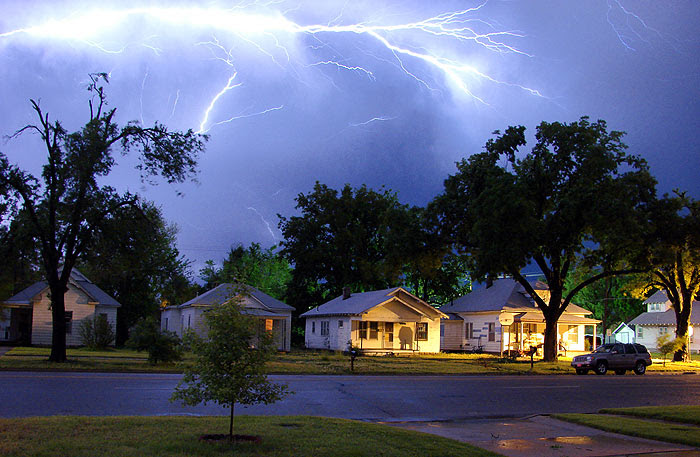 Some rather scary storms boiled across Kansas last night. (picture at 1:51 AM) 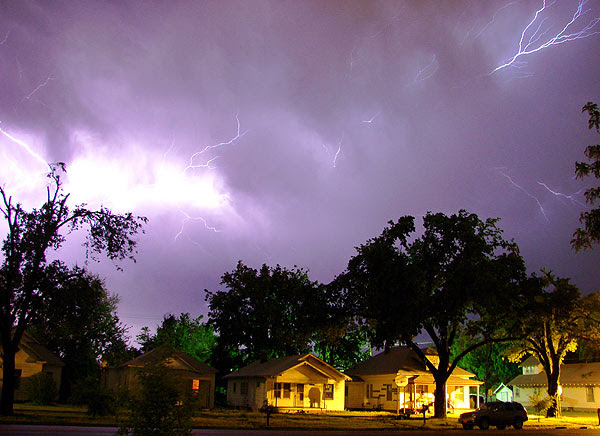 We were not visited by a tornado in Hutchinson, although some were reported to the west of us. We did have an anxious warning siren sound tracked half-hour or so when clouds containing rotation hurried toward us, only to peter out and become a wind and rain event by the time they arrived.

"Rain event" - remember when meteorologists started using "event" that way, seemingly all at once? They must issue internal memos on these things. (picture at 1:53AM)

I did hear a report of 85mph winds in the city, and saw a few branches down afterward. (picture at 2:20AM; the lightning was moving to the east so I panned to follow it) 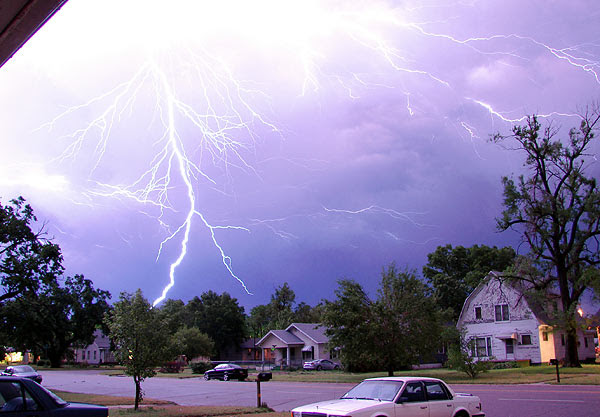 At this time I do not know how much damage occurred in the state.

I do know that lightning is cool, however. Now, watch me go back and delete that sentence if I hear today that lightning killed someone. (picture at 2:33AM) 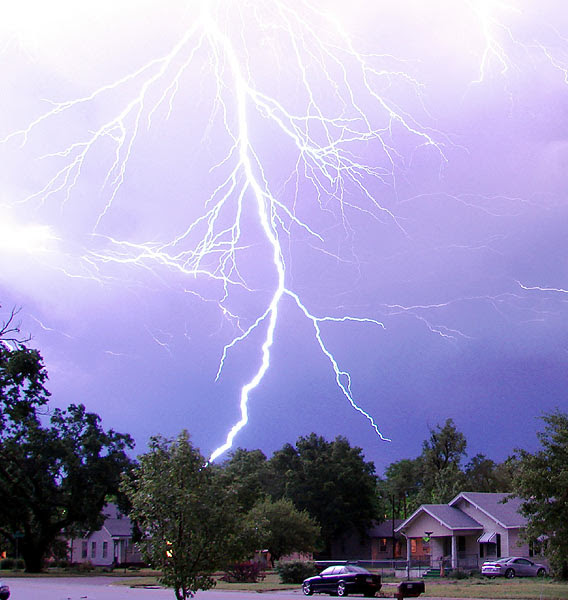 All of these pictures were shot after the front of the system had moved through. All are 30 second exposures at f:3.5. ISO was set at 200 for the first two in order to show detail in the houses as a ground reference point, but I was having some trouble with overexposure in the sky so I moved the ISO to 100 after that. They are not color-corrected...I'm not even sure what color lightning really is. These are views of the 900 block of East Avenue A, facing south and then south-east. (picture at 2:33AM, a detail from the one above)

posted by Ace Jackalope at 5:56 AM

Thanks for dropping by our demonstration yesterday and taking pictures. Would it be alright if we used the pics off Patsy's site for our facebook group?