This coming Sunday is a date which should be considered a minor holiday in the history of roadside architecture. 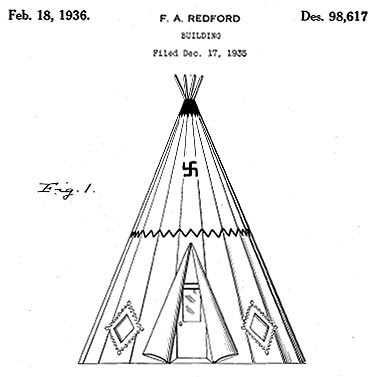 In these design drawings from the original patent application, you'll notice the swastika. Remember, this was 1936 and the symbol, already well-established in Native American (and other) cultures, was not yet associated with the Nazi party in the American mind. 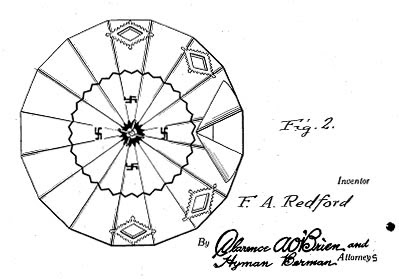 Still, being fully aware of this, I always experience a nanosecond of "what the?" when I see a swastika in pre-WWII design. 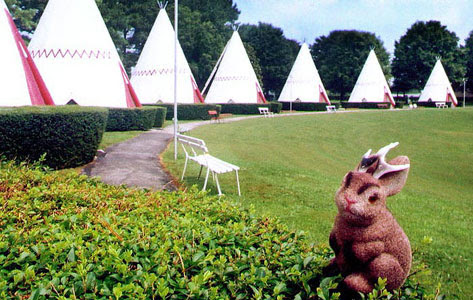 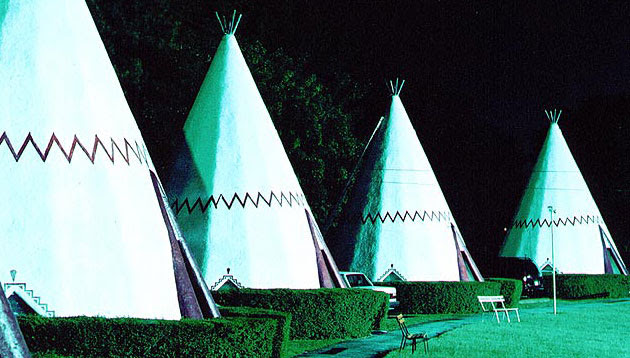 Notice that the zig-zag design has been maintained. Redford also built this one, and went on to exchange rights to use his design for revenue from coin-operated radios, resulting in the eventual existence of seven wigwam motels. 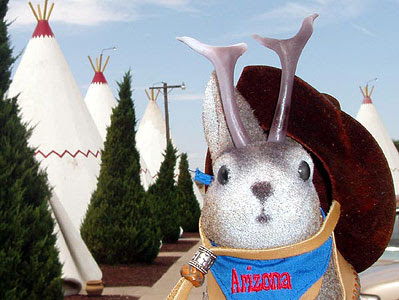 I wrote more about the history of wigwam motels when we visited one of the three surviving ones in Holbrook, Arizona. 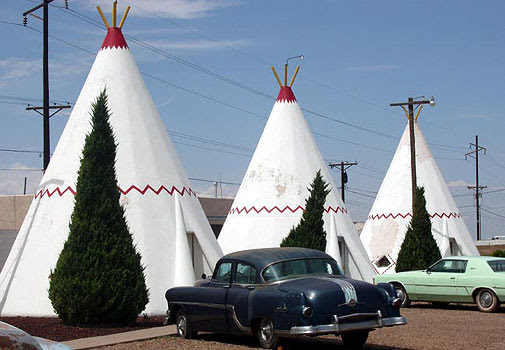 Here's another shot of Holbrook's Wigwam Motel, and a link to more photos of it. Note that just as with the one in Cave City, the zig-zag design is intact.

Eventually Redford retired to what is now Rialto, California and built the last wigwam motel, which, after a chain of other owners, is still going. The Rialto paint scheme uses beige rather than white, and omits the zig-zag. 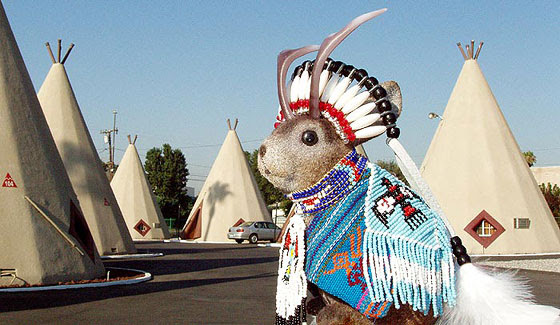 
Thanks to reader and fellow traveler Mark, who alerted us to the patent anniversary.

posted by Ace Jackalope at 5:20 AM

I just wanted to let you know that I have been addicted to this site for weeks. I love the photos, the stories and most of all - Ace!

Keep up the good work, I can't wait to see what adventures are next.

i became interested becoz i saw the updoming movie of pocahontas.. i am intrigued by her story and how she contributed to american history.. i wanted to know if there are still alot of native americans living in west virginia.. -Kay from the Philippines