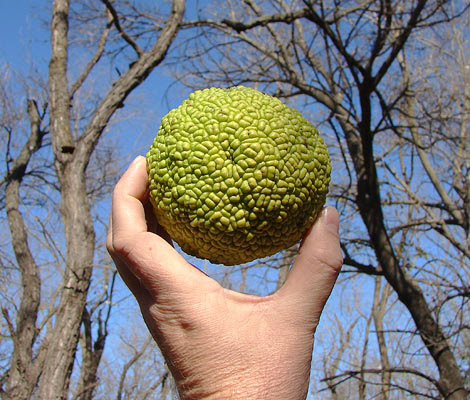 Have a hedge apple. A friend and I were gathering them because they are said to repel crickets from one's basement. Speaking of cleaning, I realized I'd better post any miscellaneous Fall stuff while Fall still reigned, though a tenuous reign, it is. 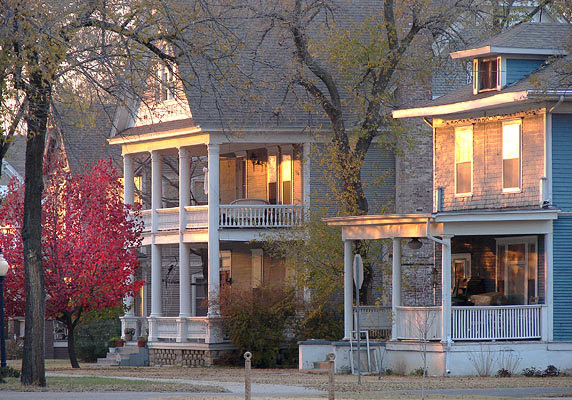 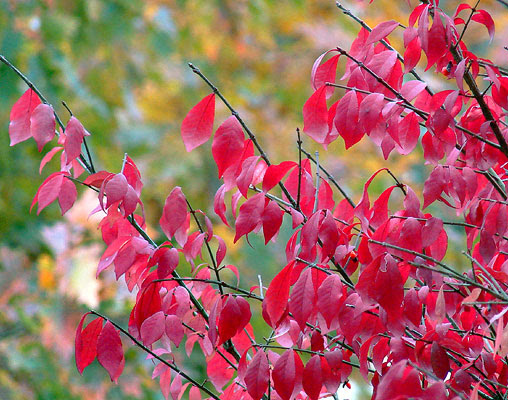 I was attending a funeral when I saw this tree outside a church window. Everything dies; leaves just have the dignity of looking pretty while doing so. 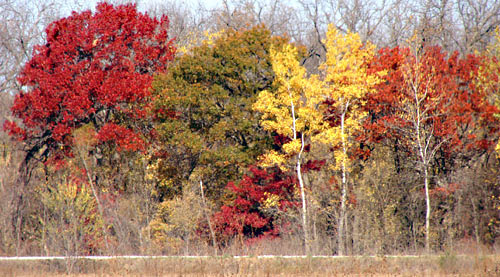 There's a dearth of color-changing trees along KS Hwy 400 in the southeast part of the state, but there are a few. I shot these from the car a month - and one ice storm - ago. That little ribbon of pavement in front of them is old KS Hwy 96, which was largely replaced by 400.

Dear Ace,
I think you mean Hedgeapple rather than Crabapple.

You are so right, Toltec; I corrected it.