The Lope: Norman the taffy puller

Norman's expression is a bit wooden but he has been pulling taffy for 79 years so I suppose its understandable. He made yet another appearance at the Kansas State Fair this year. 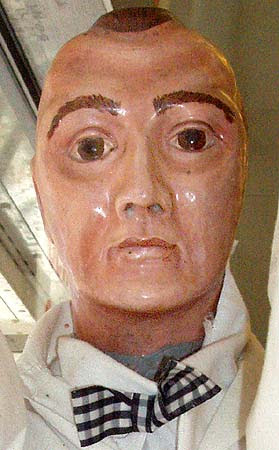 Isabel Burke Salt Water Taffy is a family business that has been around since 1920.

Norman, the mannequin part of the taffy-pulling machinery, was made in 1926. 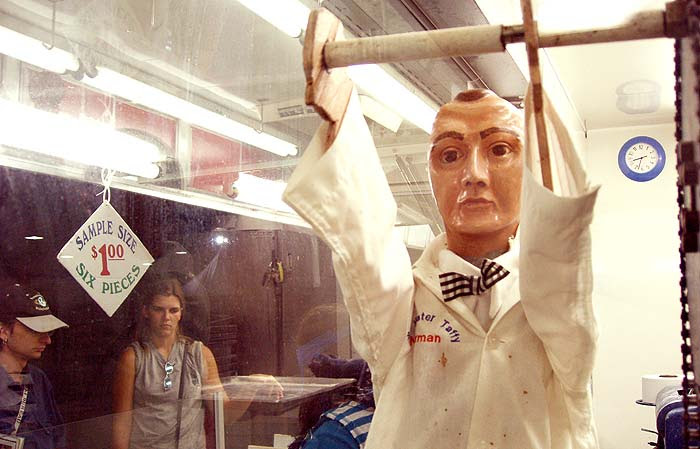 Mary Oz, co-owner, says Norman was an early project carved by a woman who later worked on the first Star Wars movie. That's amazing, if accurate. Lets see...Star Wars was released in 1977 so if Norman was made in 1926, thats a span of 51 years. If the woman was 20 years old when she made Norman, she'd have been 71 when Star Wars was released. I'll have to ask Mary Oz more about that next year. 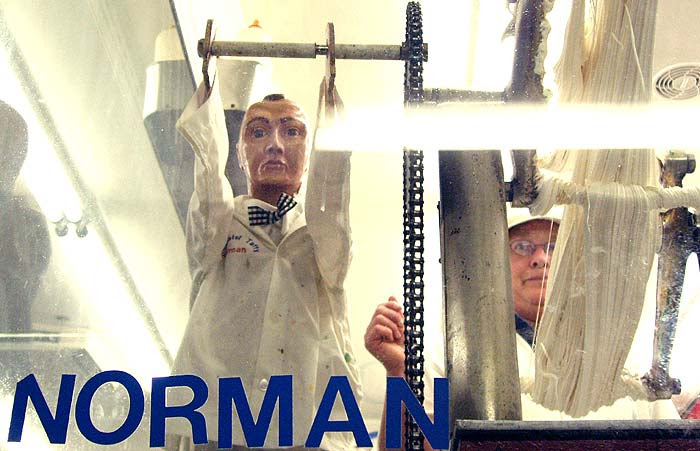 Oz adds peanut butter to flavor one of over a dozen varieties of taffy.

Norm is more ornamental than functional; he is pushed forward and back by the machinery. He works, though. I'm not someone who has a sweet tooth and I never look twice at a taffy booth....but throw in a cool looking antique and I'm there, noticing the whole package and asking questions. Pretty soon I'm buying taffy and writing about it. 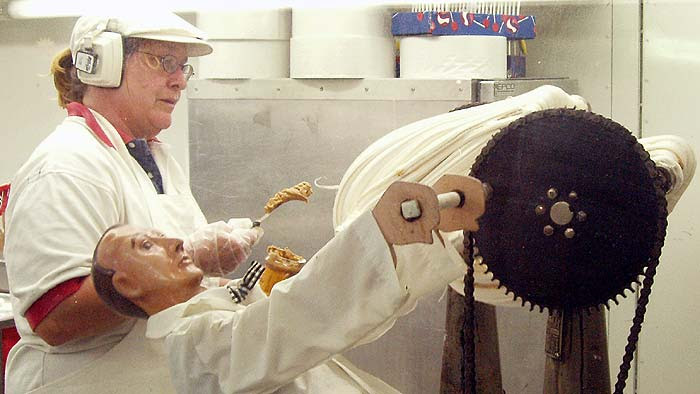 If you want to see taffy made, don't wait until evening. Oz keeps track of the finished supply and tends to make it earlier in the day. 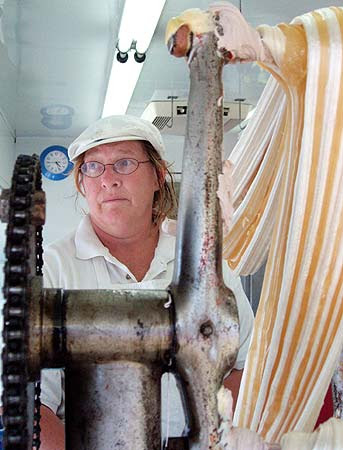 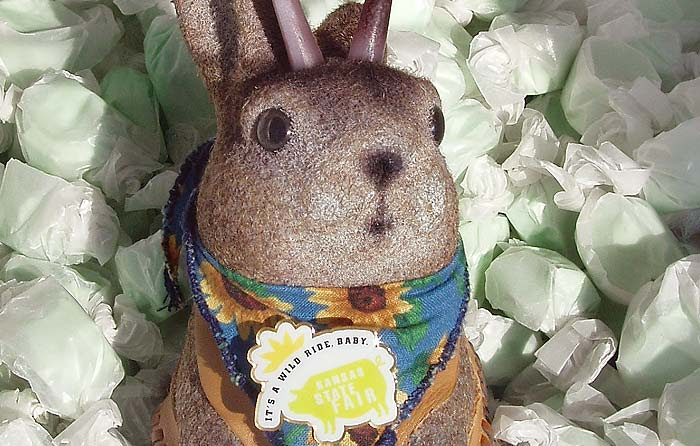 posted by Ace Jackalope at 6:22 AM

What I want to know is are you independantly wealthy? Gallavanting all over Gods green earth and if you are not, who hires lopes these days? Are you an oil lope or do you work on Wallstreet? Who does your clothes?

Nice entry! Norman looks suspiciously inanimate, but I'm of the mind that a world made out of nothing but living organisms would be a bit dull in itself. :)