The Lope: Lost World in a Suburban Flower Bed 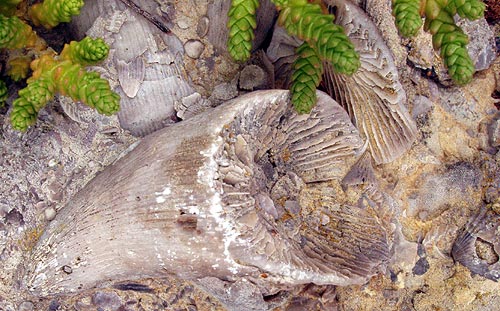 Here are some fossils I saw in a flower bed in southwest Ohio earlier this month. According to the Ohio Department of Natural Resources Division of Geological Survey's website, they are likely from the Ordovician period, 508-438 million years ago.

Here's a map adapted from that website to show the area of Ohio in which fossils of the Ordovician period are found.

The conical fossils, called "horn coral", are the remains of an extinct order of solitary coral that lived on the ocean bottom, feeding, in all likelihood, by stinging very small prey with tentacles. 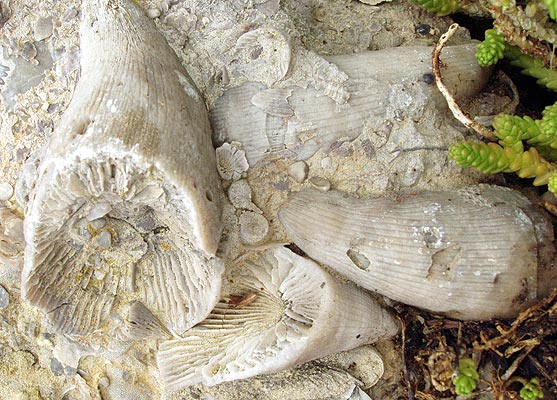 Here is the Cincinnati Museum of Natural History's diorama of the Ohio Valley as it existed in the Ordovician about 510 million years ago when the land that now comprises Ohio was actually south of the equator and covered by a warm, shallow sea similar to the present day Caribbean. Plate tectonics have now carried it northward. The conical animal at the lower left is meant to represent living horn coral. 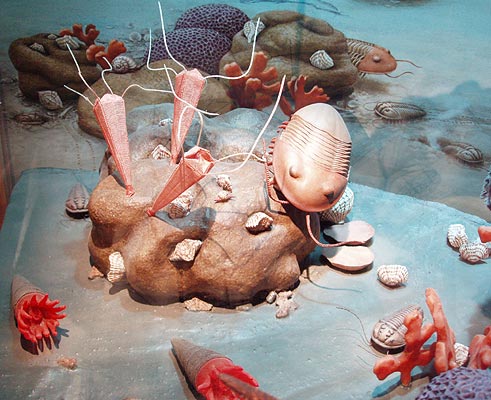 Here are some other fossils from the same area - corrals, brachiopods (similar to small clams), etc. 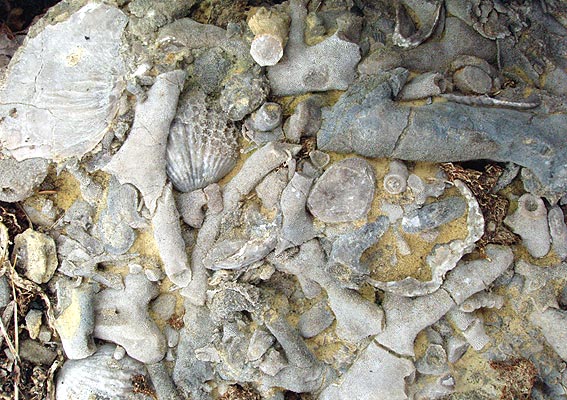 The Ordovician did not end well for most things alive during it. Yep, that's right - mass extinction, the second worst in this planet's history. Over one hundred families of marine invertebrates perished. Paleontologists theorize that the extinction was caused by the large continent of Gondwana passing over the north pole, which caused a period of glaciation that tied up much of the available water in ice, thus lowering sea level.