This is a guest post by my brother, film-maker and life-long sports fan Steve Holmes:

According to RandMcNally.com, it’s 299.8 miles by road from Burlington, Iowa to Kansas City. To a baseball player, toiling on the ground floor of the Kansas City Royals’ minor-league system, it must seem a heck of a lot further. 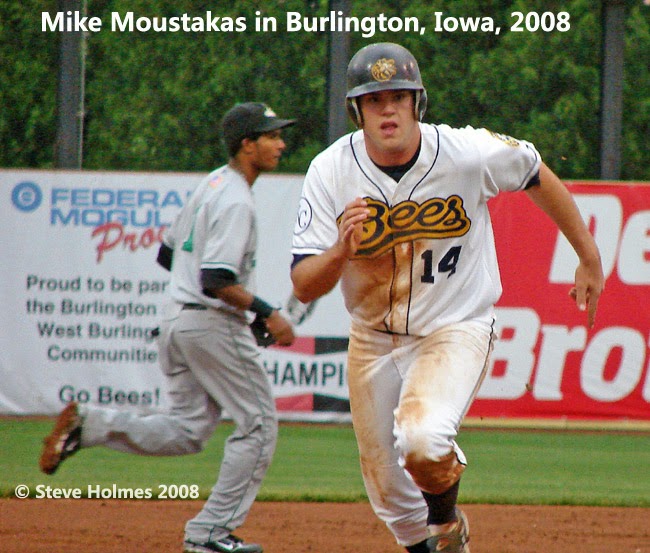 Yet future major-league stars develop their stills in Burlington and in a couple hundred equally obscure places in America. An example is one of the headliners of Kansas City’s improbable trip to this year’s World Series, Mike Moustakas (pictured, running to third base in 2008). 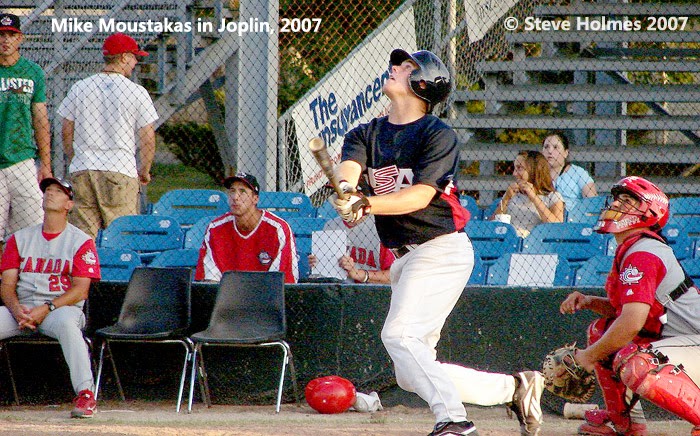 The previous year, this is Moustakas playing in an amateur tournament in my hometown of Joplin.


I did nothing to help “Moose” hone the swing that hit four home runs in the 2014 playoffs, more than anyone in Royals’ postseason history except Hall of Famer George Brett. But still, I feel a sort of pride, akin, I suppose, to the glow a music fan enjoys when an indie band he followed since hearing them in a dive bar bursts into the big time: The satisfaction of having known for years about something the wider world has just discovered.

This is KC’s first World Series trip since 1985. Twenty-nine years ago, I was in the thick of the World Series as a sports reporter for a Kansas City TV station, covering the Royals from spring training to the champagne-soaked championship clubhouse.

Then, I knew the Royals’ organization inside and out. I traveled with a team scout to check out possible future stars. Sat in on the player draft that decides whom to bet will become winners. Talked with my favorite players: Frank White, Buddy Black and John Wathan, and learned an important lesson about maintaining an even keel in life by observing their manager, the late Dick Howser.

The year 2014 finds me in a much different place in my life – and not just in location. But for the clincher, I drove south from Iowa City towards the Missouri line so I could catch a signal from the Royals’ radio network. I wanted to hear it from Denny Matthews, the team’s announcer since it began life in 1969. The guy to whom I listened growing up, who invited me to join his amateur hockey team in the KC days (“Thanks, Denny, but I can’t skate”), who endured decades of teams for whom mere mediocrity was just a pipe dream.

Tonight is not just for Kansas City. It’s for Burlington, Wichita, Springdale (Arkansas), Omaha and wherever else I’ve seen these players stumble and learn from it, growing into the American League Champions they became just thirty minutes ago.

My route tonight took me to Burlington. A stop at the ballpark was mandatory. Maybe some friendly ghosts would be celebrating the triumph of Burlington’s graduates. While there was bedlam 299.8 miles to the southwest, Community Field was dark and quiet. I just gave it a salute and my thanks to it, and the team’s loyal volunteer boosters, for helping tonight happen.

On the way home, I listened to a postgame call-in show from KC. The host asked callers who they felt this victory was for. For one fan, it was his brother, a die-hard fan who didn’t live to see this. For another, his father, giver of season tickets to all his kids. Dad passed away last year. A third long-suffering fan could enjoy this with his child. Another caller was born one day after the Royals’ clinched their last title. Twenty-nine years later, he gets to feel what the rest of us felt while he was preparing to leave the womb. 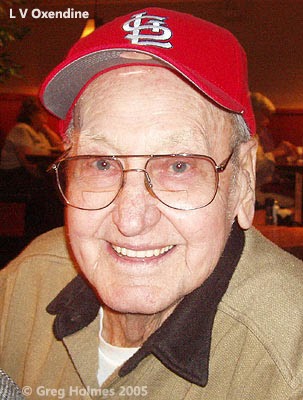 And I cried for my own loss: a dear friend, gone three and a half years now. Regular readers of Greg’s page know of L.V. Oxendine, a big sports fan. How I wish he was here to watch this with me.

I hadn’t worn my satin Royals’ jacket in about 25 years before I pulled it from the closet last night. Funny thing. Either it’s shrunk, or I’ve grown. Twenty-nine years is a long time.