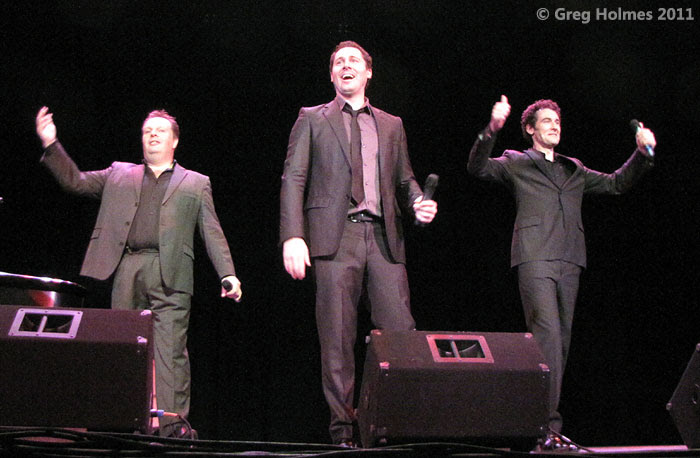 Irish group, The Celtic Tenors, return to Salina's Stiefel Theatre Thursday night, and have another gig Friday night at the McCain Auditorium in Manhattan, KS. Tickets are still available for both performances. 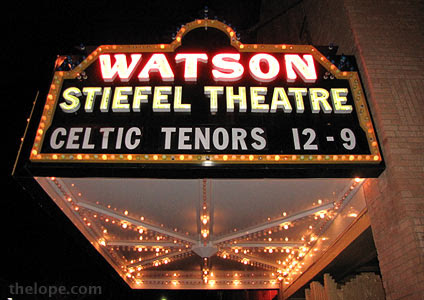 I first saw the group in December of 2011 at the Stiefel Theatre, where these photos were taken. This was a great Christmas show and I can't think of better entertainment for the St Patricks Day season. Their rendition of Danny Boy brought the audience to tears. (More photos: 1, 2) 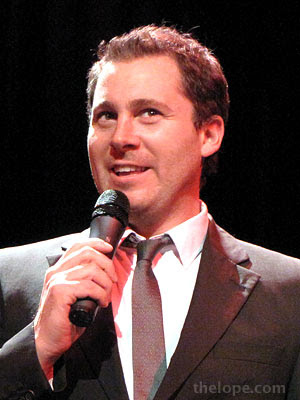 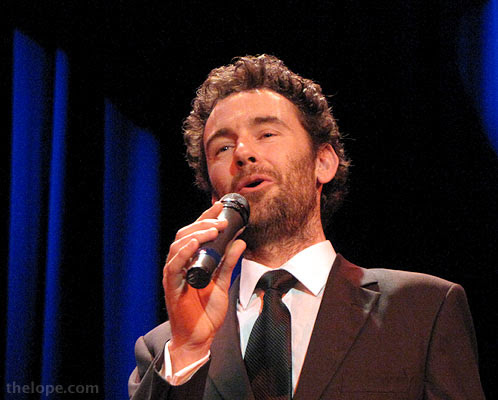 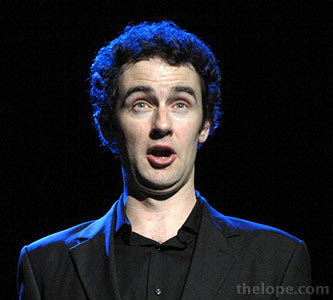 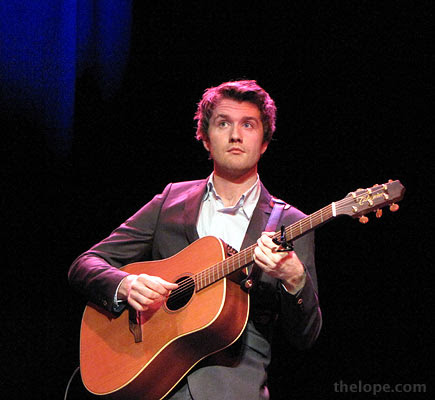 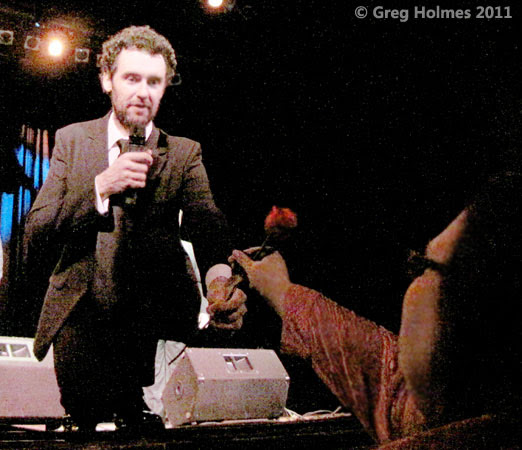 Each member of the group passed a woman in the audience a rose. Patsy Terrell got this one from Gilsenan. Despite the fact this concert was in December, Ace Jackalope wore a green shirt for St Patricks Day, figuring that's about when this would be published.