I can't let Halloween pass without mentioning two performers who utilize classic horror in their shows. 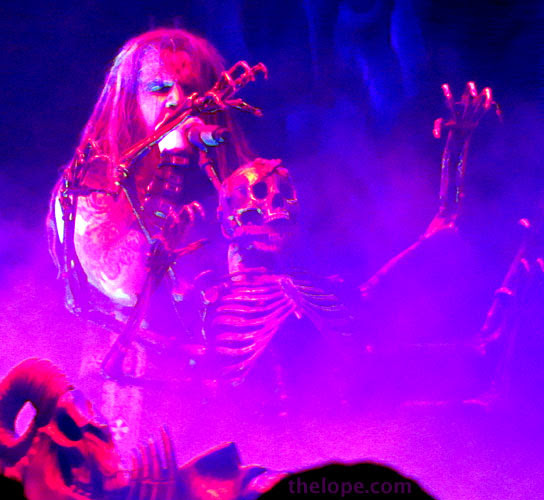 Rob Zombie toured with Alice Cooper in the Gruesome Twosome tour. I'm not all that familiar with Zombie's body of work, but I loved his set decor, props and projections of classic b-movie clips. And I can't get one of his songs out of my head: 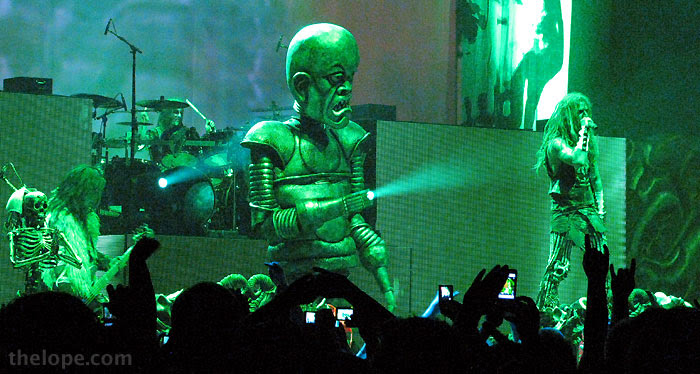 Zombie's show uses a robot costume based on a 1939 movie serial called The Phantom Creeps, which starred Bela Lugosi. 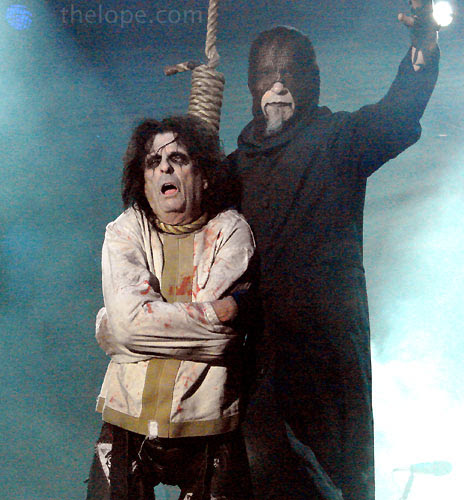 Alice Cooper has been on this blog a few times before but I hadn't published this shot of his vaudevillian hanging. The French used to have a sort of shock theatre called the Grand Gugnall. Alice's shows are about as close to it as one could get these days. 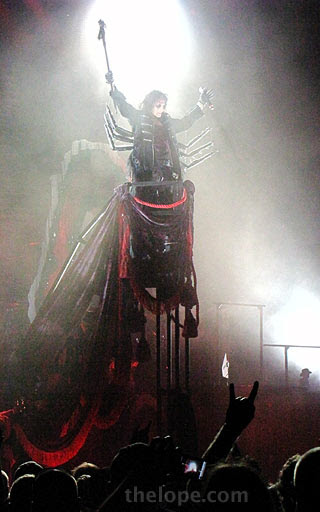 On the current tour, Alice becomes a giant spider,

And here for the first time is a video of Alice painting Ace's face makeup with a sharpie at Dallas Frightmare Weekend in 2009. As he does so, he says "This is only gonna hurt for a second, then you'll be immortal: