The Lope: Love in the Park

Love in the Park 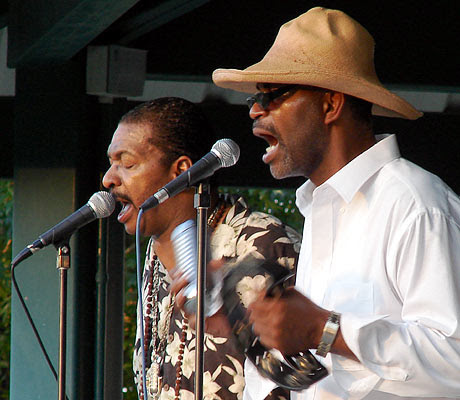 Rudy Love (left) and the Love Family Band performed in Hutchinson, Kansas, Friday night as part of the city's Emancipation Day Celebration in Avenue "A" Park. The concert was sponsored by the Hutchinson Reno Arts and Humanities Council. 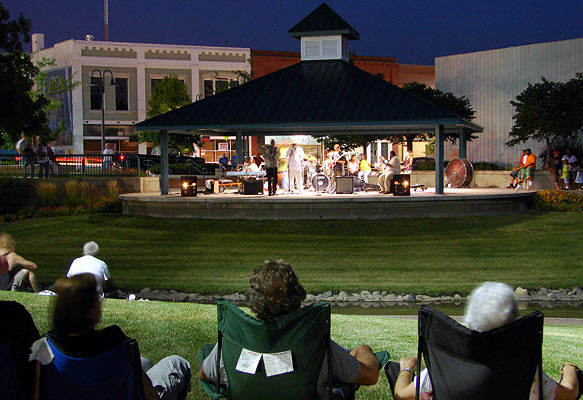 The show was free, as were hot dogs, lemonade and ice water. 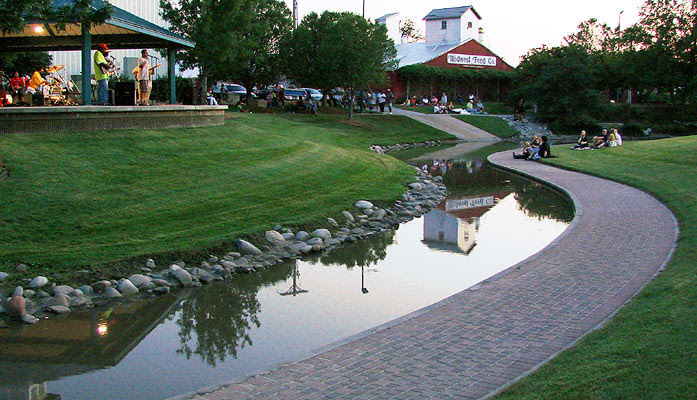 Avenue "A" Park in a nicely sculpted bit of landscape through which Cow Creek flows. 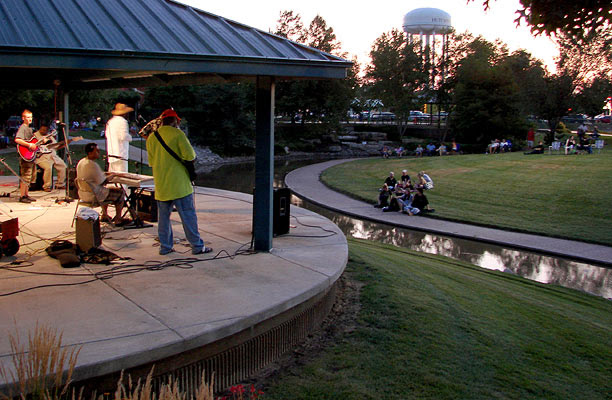 I shot another concert here just three weekends ago. The evening sun back lights the aquatic part of the park. Rudy Love is a musical prodigy who has been performing since the 5th grade. He toured with Little Richard when he was 18. Love became the musical director for Sly and the Family Stone in 1975. After that, he toured Asia and Europe as a solo artist and leader of his own band. His 1997 disc "Out of Rhythm" went platinum. Love lives in Wichita now (hey, impressive song title, that would be) and still writes, performs and records. He recently worked on the sound track of the movie "American Gangster" and he has collaborated with hip hop artist Jay Z. 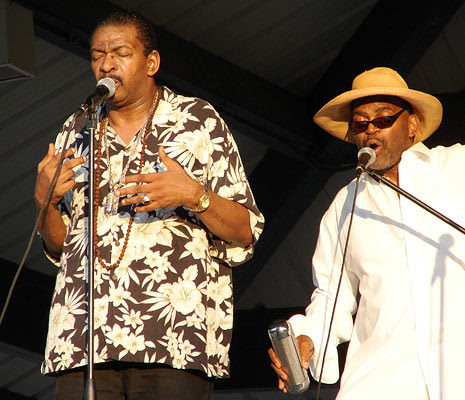 I believe the guy on the right is Rudy's brother, Bill Love. 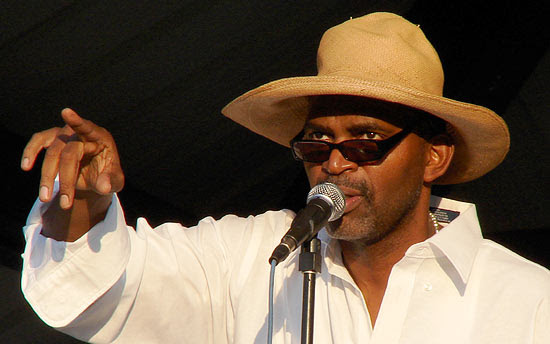 A painted mural on the other side of Main Street serves as a distant backdrop for Rudy Love's son, Rudy Junior, as he plays keyboards.

There are some other members of the Love Family Band here, here and here. I can't find their names online. Perhaps someone can supply them? 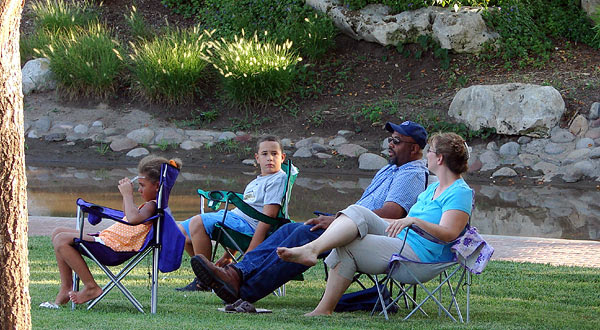 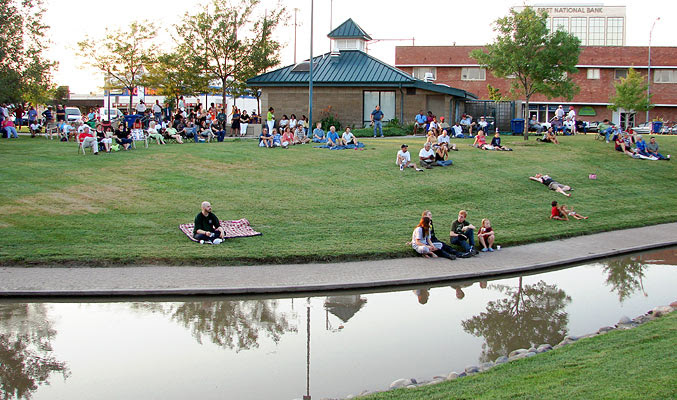 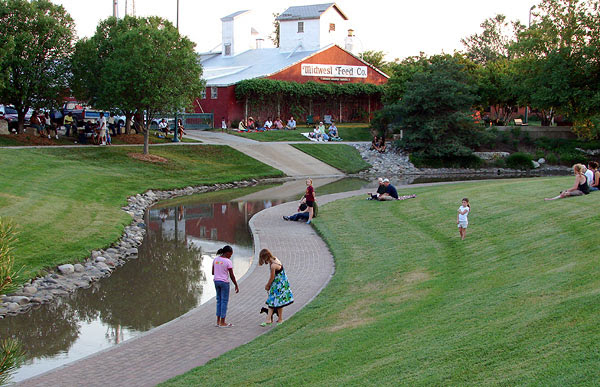 See more on Patsy's blog, and read more about Rudy Love on his website and his My Space.

The concert in Avenue "A" Park ended a little after 9, but the group announced it would move a few blocks south to a parking lot on the corner of Main Street and Avenue E. We didn't catch them there, but were impressed with another band, Ncyte, which was playing in that show, sponsored by Greys Barber Shop. That looks like an old diner behind them, in front of the Tyson plant. I'll have to find out more about the diner.

posted by Ace Jackalope at 3:35 PM