Some of our favorite Fall pleasures are the occasional stops we make at Polk's Market in Medora, Kansas. 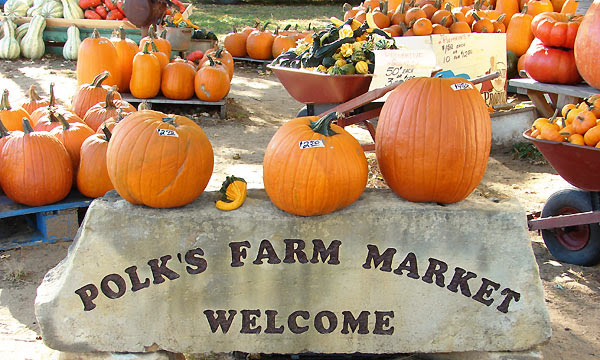 Polk's is owned by Earl Polk (above) and his wife, Pam. 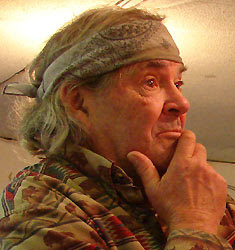 Earl has one of those faces I love to photograph. 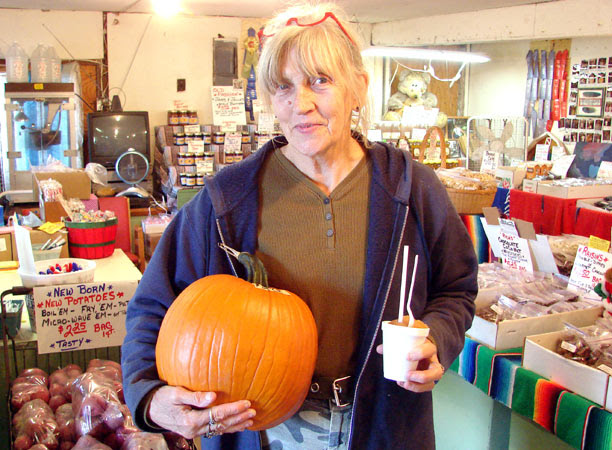 Pam delivers a pumpkin and a cider slushie to a customer. Pam watches Ace enjoy an apple cider slushie. We're lucky to have apple cider slushies this year. A Spring freeze that damaged the Midwest apple crop forced the Polk's to bring in apples from out-of-state. See what Hutchinson was like on April 13. These slightly elongated pumpkins have been a good seller this this year. Earl describes them as "shaped like my grandmother."

Earl says that this variety, called "One Too Many", was developed by a man who was drunk at the time. It's actually a winter squash, not a pumpkin. And how do you tell a squash from a pumpkin? According to Earl, a squash has a round stem, like this. 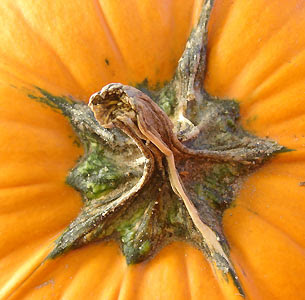 And a pumpkin has a five-sided stem. 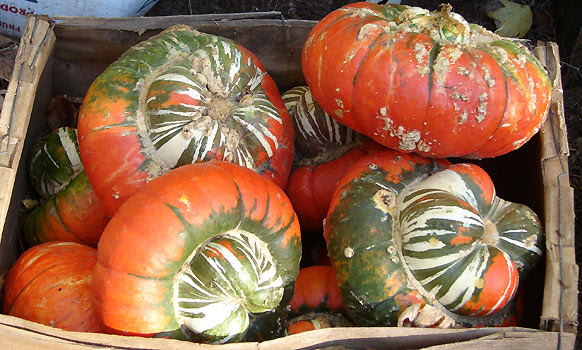 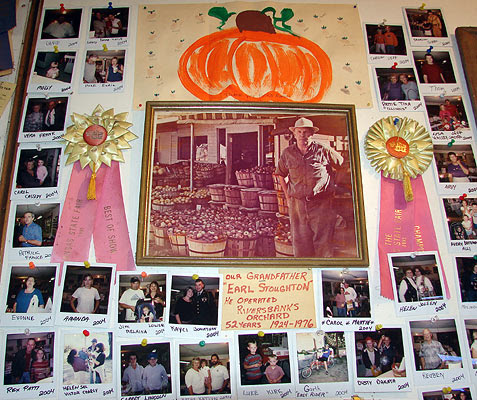 Amid polaroids of customers and suppliers is displayed a photograph of Earl's grandfather, Earl Stoughton, who operarated Riverbanks Orchard from 1924 to 1976. 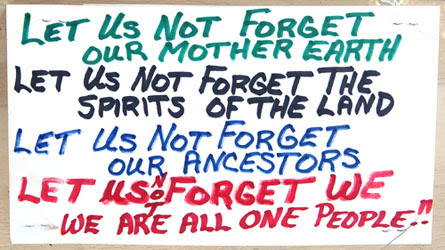 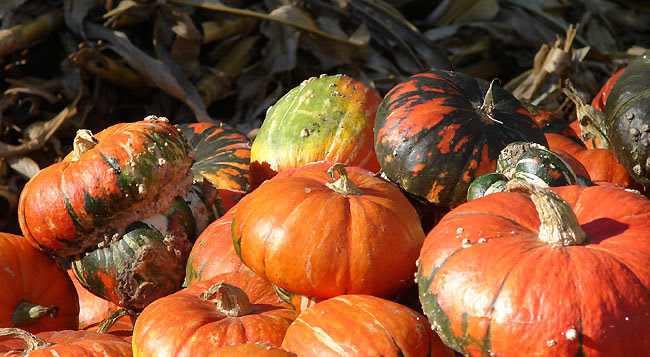 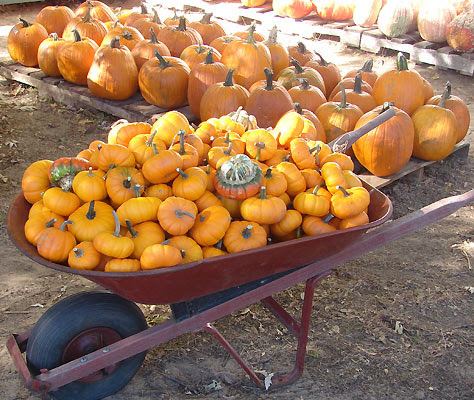