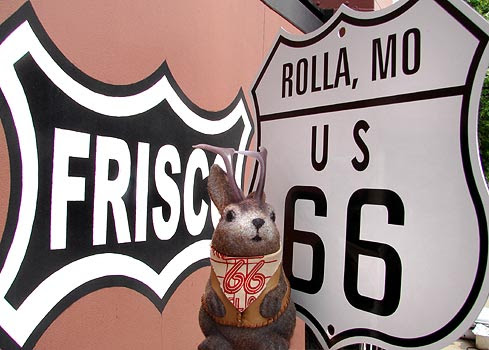 We attended part of the Route 66 Summerfest in Rolla, MO this past Saturday. There actually wasn't much that was Rt66-oriented about it but I did pick up this cool souvenir metal sign for five bucks. 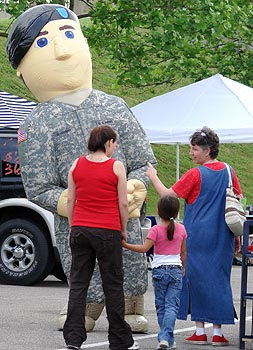 A giant inflatable-suited soldier patrolled the art and craft show. 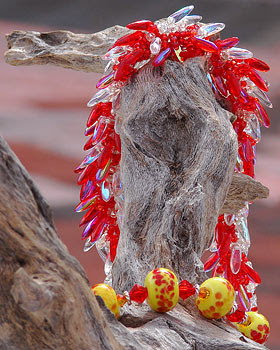 Perhaps he was guarding this beaded jewelry by Magpie Designs of Joplin, another Route 66 city. 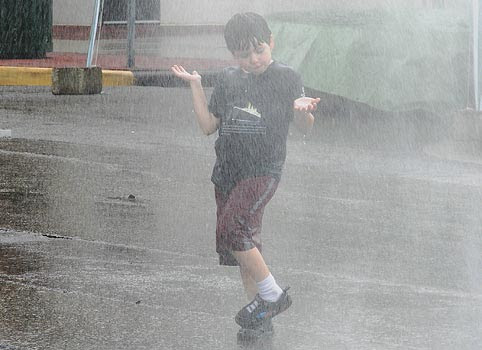 Although it rained, that isn't what was falling on this young man; a fire truck sprayed one part of the street constantly. Some didn't seem to mind the rain. 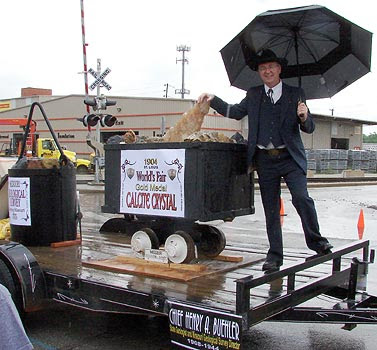 Elsewhere in the town, there had been a live tableau exhibit. I presume this gentleman might have been part of it. Rolla is a geology town due to the presence of the University of Missouri. 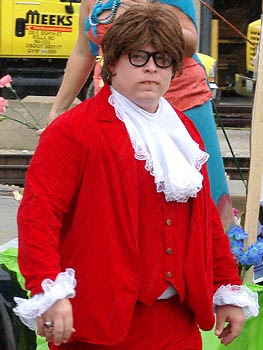 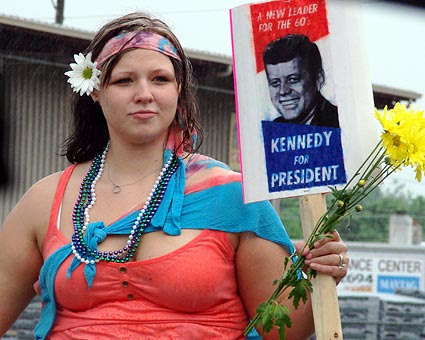 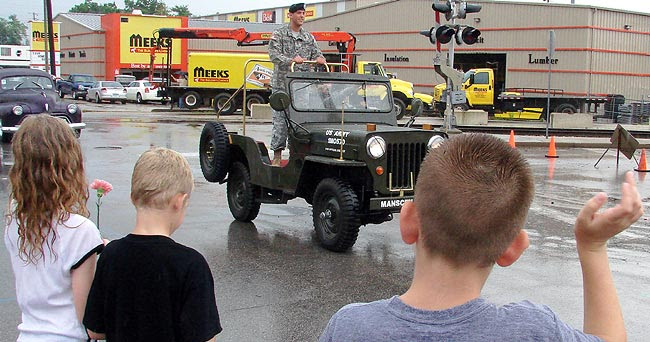 And to balance out the hippies: soldiers. Wow, it really is like the 60's. Neither Ace nor I know anything about cars, but reader feedback shows that a lot of you like them, so what follows is a small gallery of cars from the parade. This guy had a holster for his corn cob pipe. I asked him about it and he explained it was a maglite holder. After the parade and craft show, cars accumulated in a lot between 9th and 10th near Elm Street. When photographing in the Midwest and looking for a background, if all else fails, use the grain elevator. 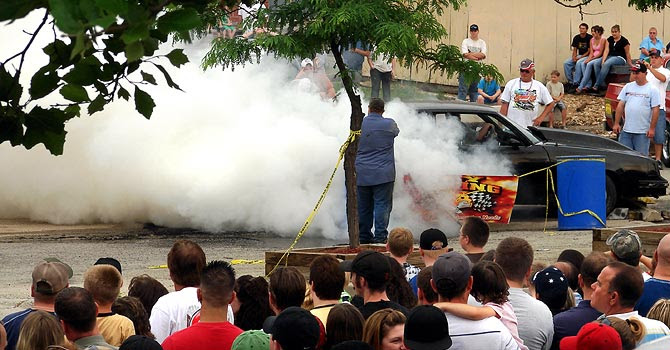 This event puzzles me. It was a ritualistic ruining of tires called a "burn out." Cars were fastened in place and spun their tires, creating lots of smoke. The crowd, some of whom were engulfed in fumes, applauded. 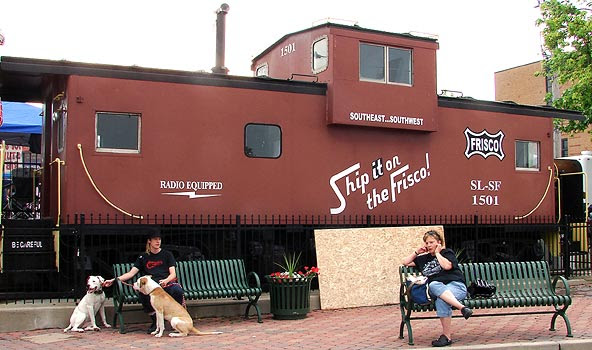 Rolla utilizes a Frisco caboose as an information center. That now-defunct railroad figured prominently in the history of the town. For my railfan and model railroader friends, I present a few close-ups for you to enjoy of Frisco caboose number 1501. 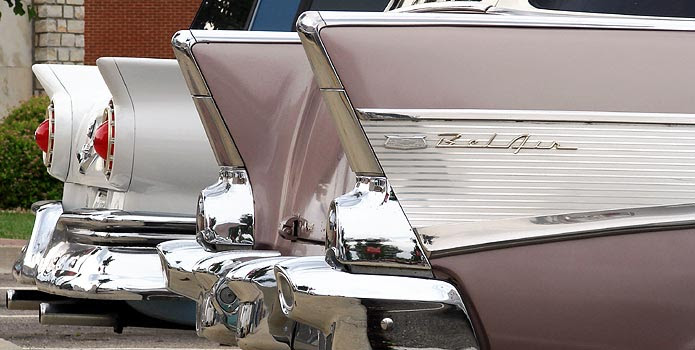 A final note - Like I said, I know little about cars, but this I do know: America truly lost something when cars shed their fins.

posted by Ace Jackalope at 2:27 PM

AMEN!!
Cars should have lots of chrome too, but even chrome bumpers have been replaced with fiberglass.
I miss those beautiful shiny accents!

These are terrific pics! I was born in Rolla, haven't been back in years, but I miss Missouri quite I bit. (I live in Manhattan, Kansas now).

I have thoroughly enjoyed looking at my adopted home town through your eyes. You happened to catch the Route66 Summerfest combined with the 150th Anniversary of Phelps County (Rolla is the county seat). The parade was divided into era's with the 'marchers' led by a vehicle from that time. Keep up the good work!