The Lope: Three Decades of The Force

Three Decades of The Force 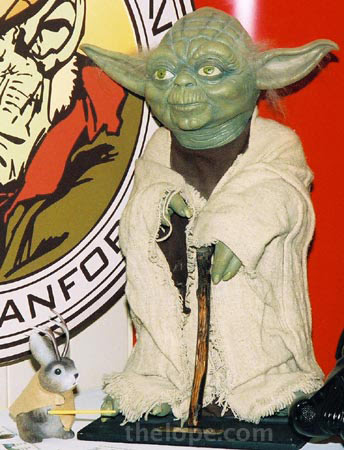 Thirty years ago today, Star Wars premiered. Big budget science fiction movies gained a renewed viability, satirists got a boon of new material to play with and zillions of kids learned that it was fun to duel with empty Christmas wrapping paper rolls while making a "vreowww, vreowww" noise. I was one of them. 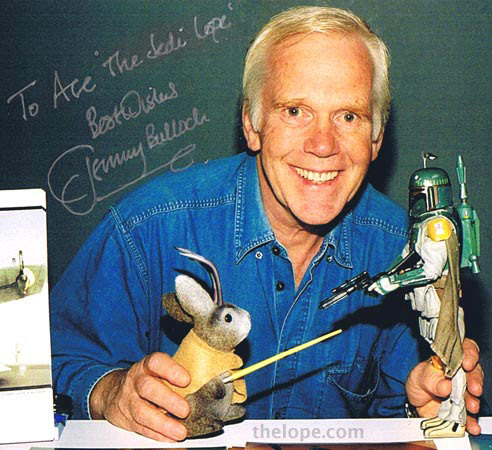 Jeremy Bullock played Boba Fett in The Empire Strikes Back and Return of the Jedi. Here, he helps Ace the Jedi Lope duel with a miniature bounty hunter at Trek Expo in Tulsa, back in 2005. 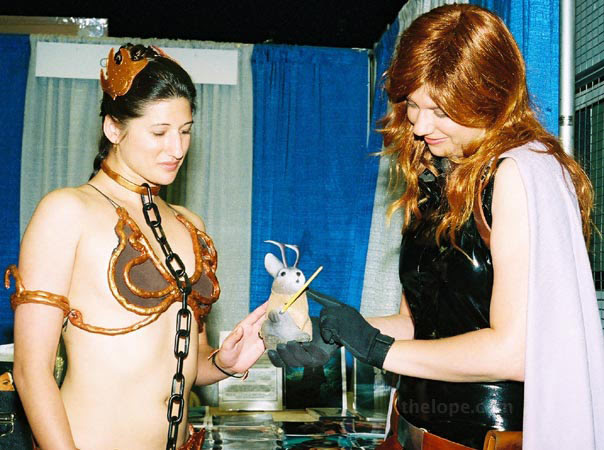 Ace enjoyed the fringe benefits of being a Jedi. 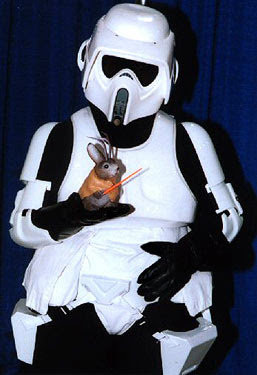 It's funny how pervasive the imagery of Star Wars has become. 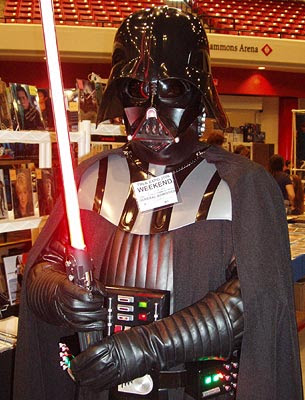 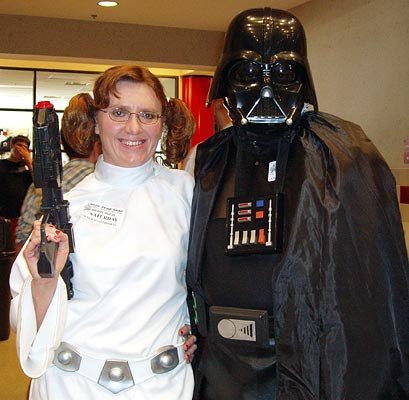 Which means you need some rebel forces to pal around with them. 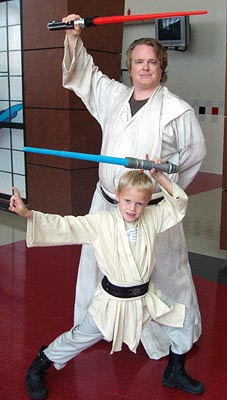 And of course, ya gotta have Jedi. 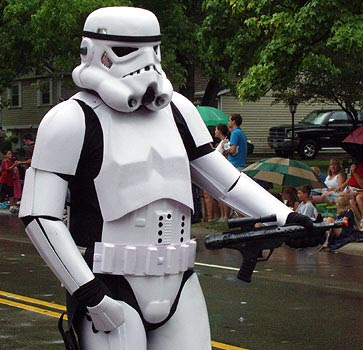 Here, a storm trooper marches in a 4th of July parade last year in Centerville, Ohio. The funny thing is, I didn't think it unusual.