Christmas comes but once a year, however, you may bask in it's incandescent glow with increasing frequency from the time the first season-jumper in your neighborhood puts up lights until your own neighbors finally shame you into pulling the plug on your own sometime after New Years. Yes, some people "put up" Christmas lights and others paint with them, regarding their houses as canvas for their electric media. The latter is the case with Ace's friends, Carl and Kris of Blue Springs, MO. That's their house, above. 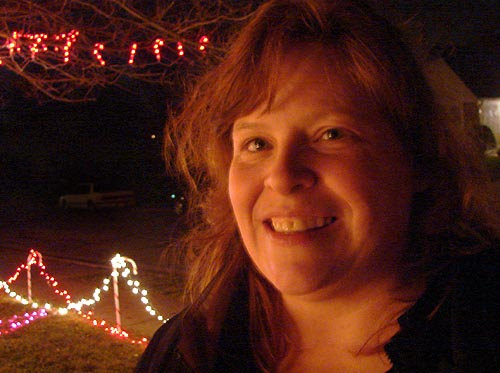 Beaded jewelry artist Mia Denman, one of Ace's drivers, does some of the afore-mentioned incandescent basking. Mia has accompanied Ace on several journeys, including an un-blogged cruise to Mexico last year and this past year's Ohio and Illinois adventures. Because of one such journey, you can now see her by running a google image search on "innocent missouri girl", (without the quotes). I'm not sure she is entirely happy about that. 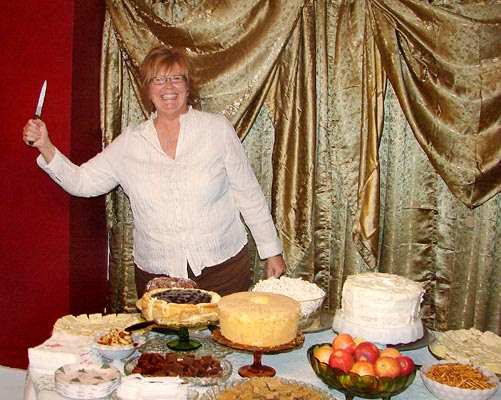 Jackalopes are nothing if not social animals. This is never so true as when they have a chance to observe human behavior when said creatures gather to celebrate the pagan/Christian/secular/commercial holiday known as Christmas. Food is part of the ritual of such occasions. At one such recent party in Hutchinson, KS, I saw my insurance agent wielding a knife. She just retired; I'm thinking it was just in time. 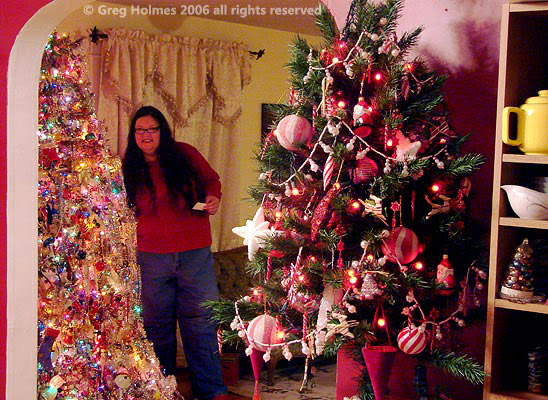 The occasion was Patsy Terrell's Christmas party. Patsy is one of Ace's drivers and the town's Christmas maven. Her annual party is must-attend and her tree an exercise in just how much one can stress the superstructure of an artificial tree before the metal in it rebels by snapping like an overloaded bridge in an earthquake. I've helped with little engineering challenges concerning the tree for quite a few years...I call the thing "betreemoth"...but it's well worth helping with. We attended her party last year and she has accompanied Ace an Route 66/Interstate 40 trip from Oklahoma to California as well as on this year's Union Pacific 844 and Northwest USA voyages. 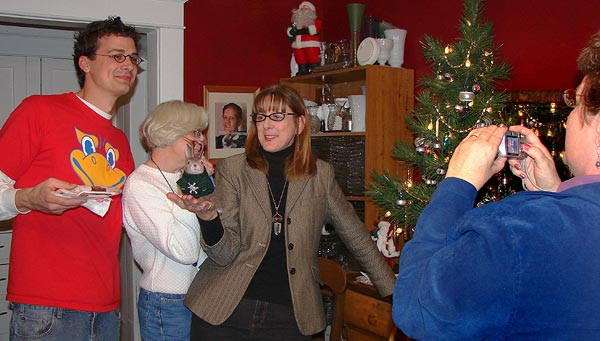 Local blogger Debbie Berndsen photographs Ace in the hand of Diana, owner of the Dancing Grouse, a local merchant of curious goods. You can see Debbie's party post on her blog. Here's a picture of Debbie from last year. 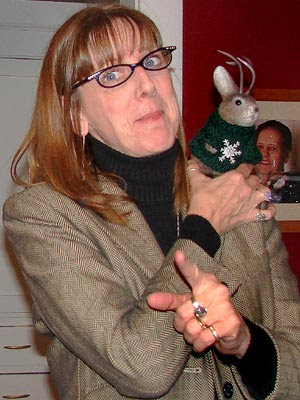 Ace is wearing a sweater he picked up at Harrod's on his recent London trip. Mind you, I didn't get any clothing there, or in the whole city for that matter, nor do women go around holding me at parties. 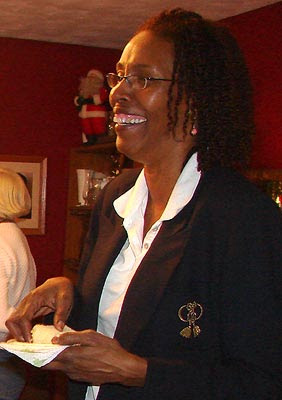 This is Jocelyn; she's a local artist and maker of hand-made greeting cards. 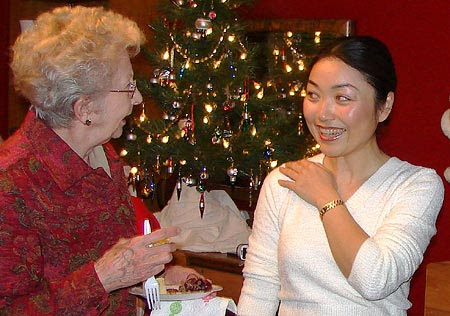 Terry was first seen on this blog being served ice cream and shrimp on his birthday last year. He was last seen with Dottie and Joya demonstrating Tai Chi this past April. 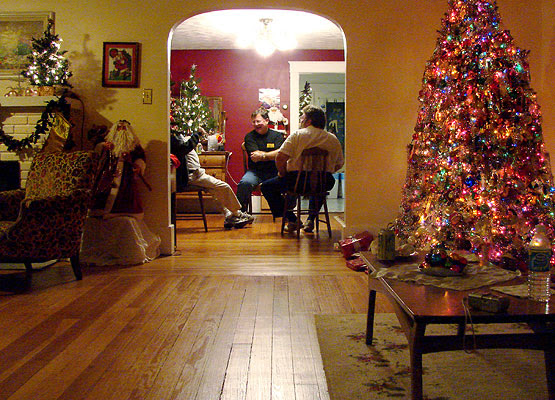 As such parties wind down, it's always nice to see, Here, three old friends from my newspaper days discuss weighty matters like world politics and the in-jokes of Futurama. 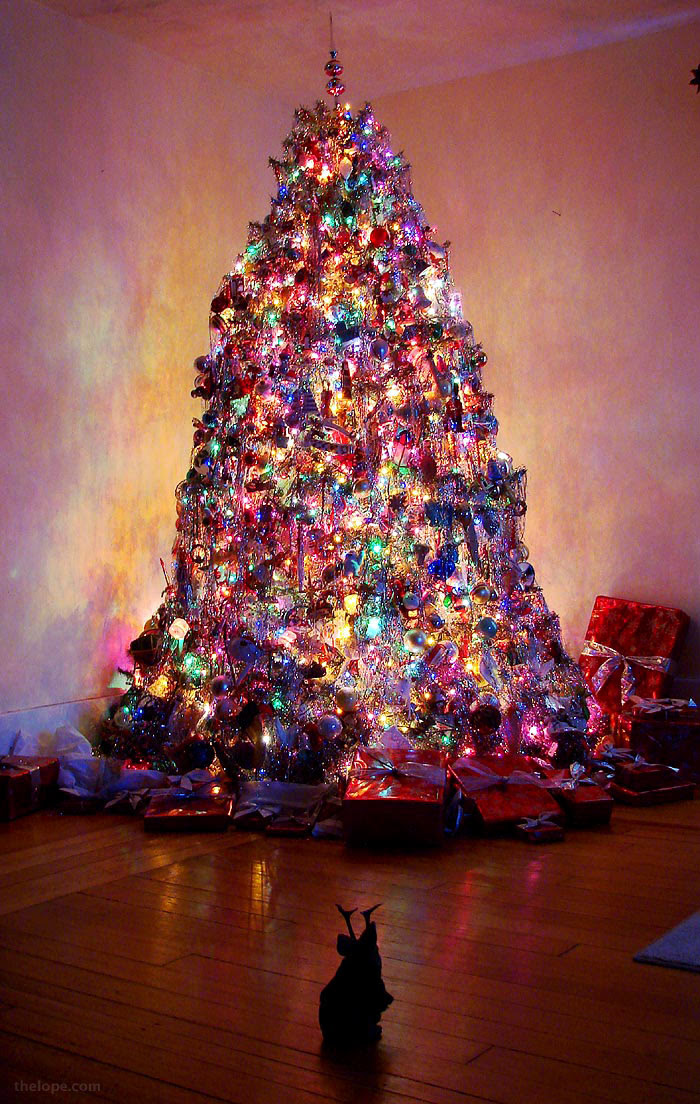 May your Christmas season be filled with Wonder

and the secure feeling that your friends have your back

and a 12' Fiberglas Sinclair Brontosaurus (after I have one)

and the enveloping Love of Family

Very nice photo of the three people talking as the party winds down. Shooting from the next room stressed the intimacy of the gathering. These kinds of conversations go on for hours and warm souls for years.